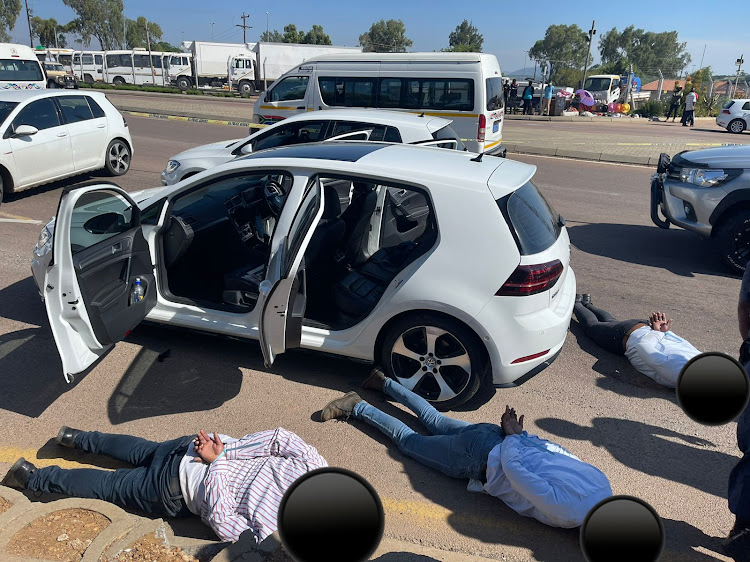 The three suspects were intercepted while travelling on Hendrik Potgieter Road near Muldersdrift.
Image: Hawks

The three suspects, aged 34, 35 and 36, were intercepted while travelling on Hendrik Potgieter Road near Muldersdrift.

They were found in possession of police equipment including handcuffs, blue lights and two unlicensed firearms and ammunition.

Mogale said the suspects have been “terrorising law-abiding citizens in Gauteng, North West and the Free State”.

Further investigation linked the suspects to an armed robbery committed in Klerkskraal in October, Mogale said.

“While on the scene, police received information that they had also robbed a foreign businessman in Heilbron, Free State. We do not rule out the possibility that the suspects will be linked to other cases in other provinces as well.”

Two bogus policemen were killed while attempting to hijack an armed motorist in Mpumalanga at the weekend.
News
11 months ago

The two posed as police and hijacked man, took his car.
News
2 years ago
Next Article