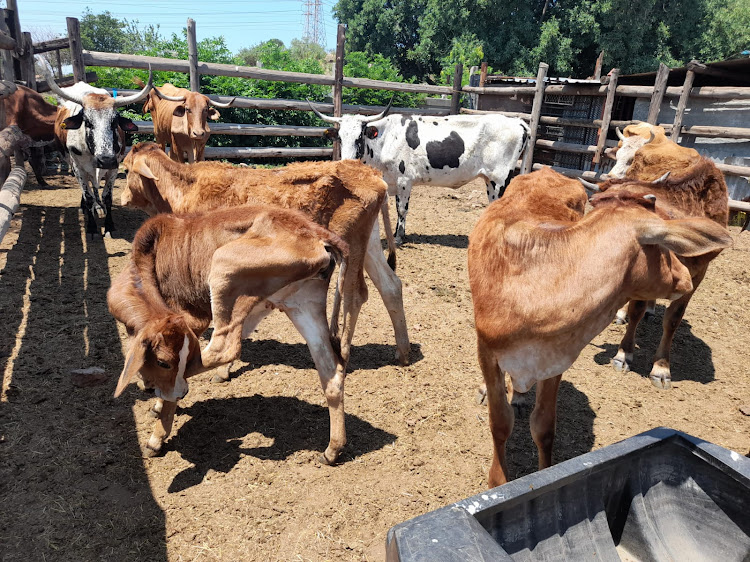 A 45-year-old mother and her son, aged 18, are expected to appear in the Bafokeng magistrate's court in Tlhabane on Monday for possession of suspected stolen livestock.

This follows the murder of a herdsman during the theft of livestock at a cattle post in Serutube village outside Rustenburg on Thursday.

North West police spokesperson Capt Aafje Botma said that according to preliminary information, three herdsmen were herding cattle at about 5pm when three attackers emerged from the bushes.

Three cows were thrown out of a moving taxi as stock thieves fled from police near New Hanover in the KwaZulu-Natal Midlands on Thursday.
News
1 year ago

"The suspects allegedly demanded the cattle, and in the process, shot and killed the 25-year-old herdsman while his colleagues were assaulted with the butt of a firearm."

The suspects then drove out a herd of cattle from the cattle post.

A manhunt launched by Phokeng detectives and stock theft unit officers immediately after the incident led to the recovery of 21 cattle in Lefaragatlhe village.

"Consequently, 11 cattle were positively identified and linked with the incident. Further investigations revealed that two other cows with calves were stolen a week ago at the same place. In addition, police seized other cattle that were found at the place for further investigation," Botma said.