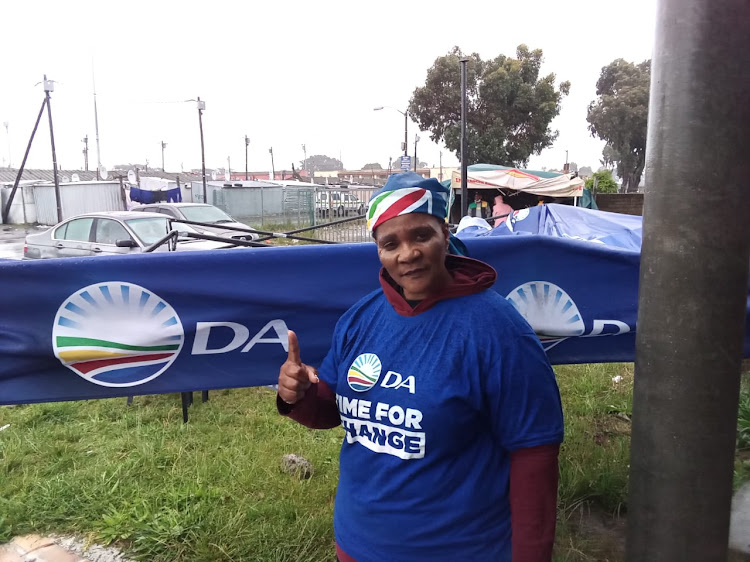 The DA leader in Nyanga, Ntombi Hlaphezulu, says the DA-controlled Cape Town council has had a positive effect on crime in her community.
Image: Philani Nombembe

Residents in Nyanga hope their votes in the 2021 municipal elections will win the fight against crime in the Cape Town township.

Voters told SowetanLIVE's sister pubication TimesLIVE on Monday that Nyanga’s unenviable reputation as “the murder capital of the world” had eclipsed its rich heritage and the community’s good deeds.

Nyanga community policing forum chair Martin Makasi wore two hats on Monday, as  crime fighter and ANC activist. He spent the day transporting elderly people to the Assembly of God Church where they cast their votes.

“I am helping transport voters with the hope that we will be able to wrestle back the city’s governance,” said Makasi.

“It’s only then that we will get service delivery in this part of Cape Town. The DA administration means that our people who live in Nyanga, Philippi, Gugulethu and Khayelitsha don’t receive government services.

“For instance, this is not the first time this road has flooded. Every time it rains, the roads in our townships flood. You can go to Philippi, Samora Machel, you will realise that it is difficult to drive on those roads. Sometimes refuse lies uncollected for days here.”

Makasi complained that housing projects had a similar fate. “For instance, houses were built in Freedom Square but it took forever for electricity to be connected, as well as sanitation,” he said. “Close to this polling station there is an area called Mpetha Square. This is the eighth year since the housing projected started but those houses are yet to be completed.

“Not far from here is an area called Gompo — houses there are derelict. As a result, residents buy material to complete them and move in.

“We want to highlight these things since the DA always pats itself on the back.” 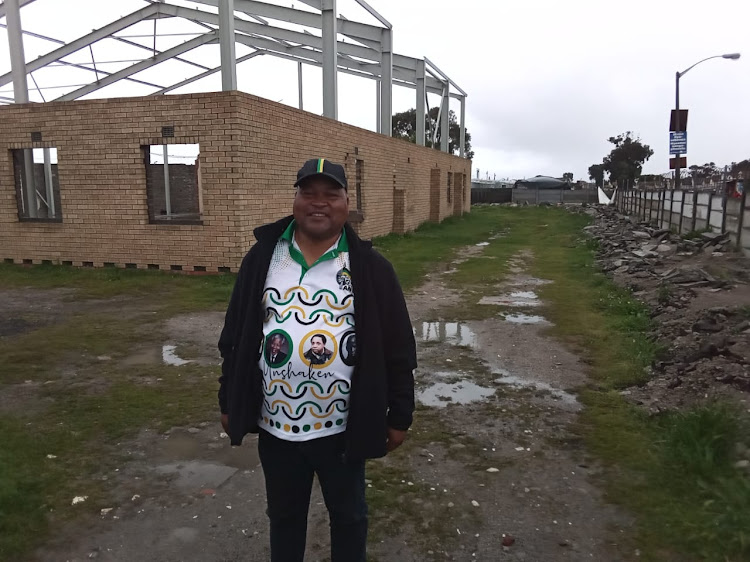 Nyanga Community Policing Forum chairman Martin Makasi said he hoped that the ANC would win back the City of Cape Town so that the party could deal decisively with crime in the community.
Image: Philani Nombembe

He then turned to crime. “If our people come out in numbers and vote and change the current administration, we are hoping that the ANC will take over, then we can pay close attention to the crime scourge,” he said. “When the DA talks about fighting crime, their agenda is always to blame the national government. They have installed CCTV cameras here but they don’t work.”

The DA leader in Nyanga, Ntombi Hlaphezulu, said some cameras did work. “As you know, tsotsis are clever and they understand technology very well. They have damaged some of the cameras,” she said. “For instance, those cameras (close to the N2) have helped authorities apprehend a lot of criminals. They were installed by the city — by councillor JP Smith. Many people have been bust for robbing cars there. Crime has since dropped in Nyanga.”

“It’s because of power-hungry community leaders in Nyanga. Some of the problems are caused by the contractors and not by the municipality. I confronted one of contractors during a meeting and asked for a time frame. So, the municipality is not to blame.”

She admitted crime had tarnished the township. “There is a lot of crime here but Makasi is the chairman of the CPF, he is supposed to bring all stakeholders together and work with them,” she said. “I am also part of that structure. However, police are visible lately.”

Hlaphezulu said she hoped the DA would win the ward but “smaller parties are splitting votes”.