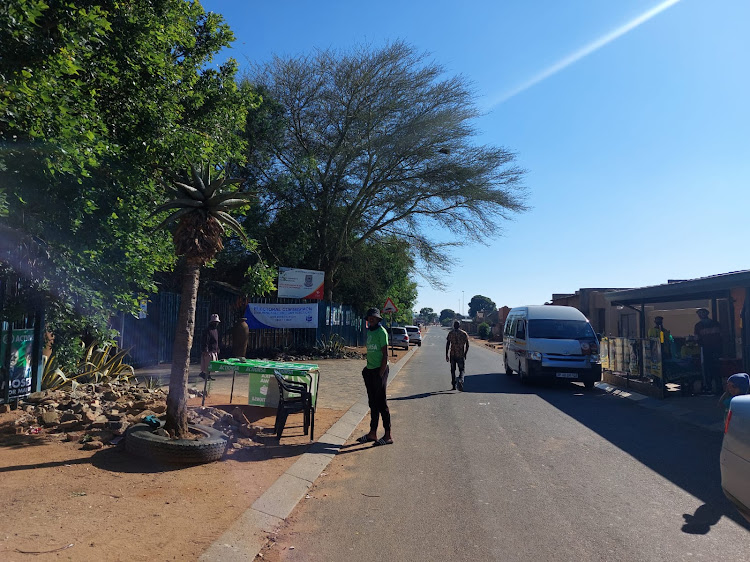 The empty street outside the polling station at Ingqayizivele Secondary School in Thembisa.
Image: Gill Gifford

Deep distrust, apathy, wariness and weariness — the mood in Thembisa, Ekhuruleni, on election day is palpable.

IEC officials and the police told SowetanLIVE's sister publication TimesLIVE that they had never experienced such empty polling stations on election day. Voter apathy — or, as some described, a sense of anger with the current state of affairs compounded by an overwhelming sense of hopelessness — led to very quiet polling stations across the area.

At the polling station at Ingqayizivele Secondary School, situated in the heart of Thembisa, political party representatives stood outside the premises chatting to each other, with no voters in sight.

The odd few voters ambled through, causing IEC officials to hop smartly to man their stations while rows of chairs all properly socially distanced outside stood empty and waiting for the queues that by midday had failed to arrive.

Mokgadi Lediga cast her vote there, and commented that she felt like she was the only person from her area to vote. She did it, she said, because she has always exercised her right to vote as she proudly showed her ID book with all the stamps and stickers from previous elections. But even though she did vote, she was despondent and did not feel a sense of satisfaction or as though her cross had counted for anything.

“People here have lost hope. they are not satisfied and they don't trust the government,” she said. 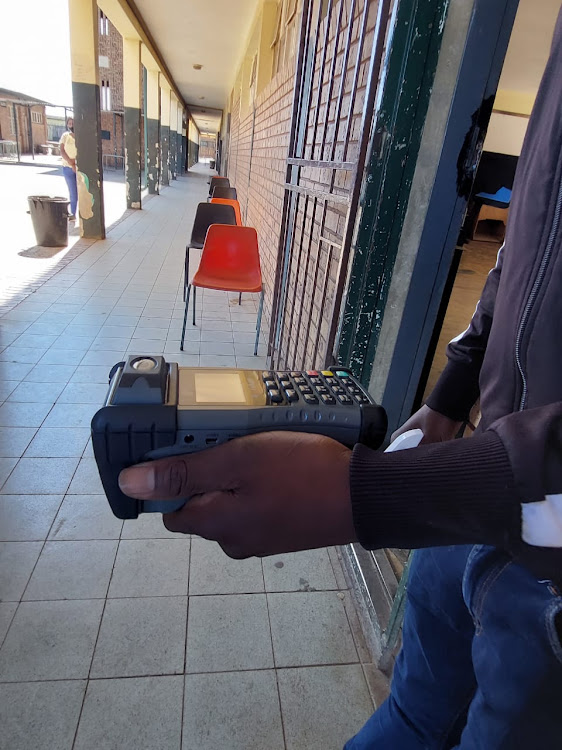 Nothing to do An IEC official at a polling station in Thembisa was left with little to do as very few voters turned out
Image: Gill Gifford

Other voters agreed with her, commenting that they said older people would vote for the ANC out of habit, tradition and blind loyalty while younger voters generally saw the EFF as the party they believed best able to bring about a better life.

An IEC official, clearly alarmed by the lack of voters at her very well organised and properly-manned voting station, allowed TimesLIVE to enter the station and see it empty with pristine booths — but would not allow any photographs.

“I don't know where the people are, but I am anyway not allowed to speak to the media,” she said brusquely.

However, at Busy Corner in Republic Road in Thembisa's Ebony Park, the lengthy queue that had formed at the ATM was the envy of voting stations As people from Ebony Park and neighbouring Ivory Park informal settlements lined up, they were all in agreement that voting was nothing more than a waste of time and they had no plans to go and cast their ballots.

“We don't have jobs. Our lives are bad,” said one man, declining to give his name.

People concentrated on their phones and declined to answer when asked their opinion about the elections, while others snickered or turned away and commented that voting was pointless.

A policeman, who had spent the morning patrolling polling stations in Thembisa, commented that they were all fairly empty. Things were quiet, the process was running smoothly but he had never before seen such a poor turnout.

“I don't know hey. Maybe I will feel different later on today. I could change my mind,” commented one potential voter, as he shrugged his shoulders sadly.