Motlanthe urges people to choose councillors who will give service 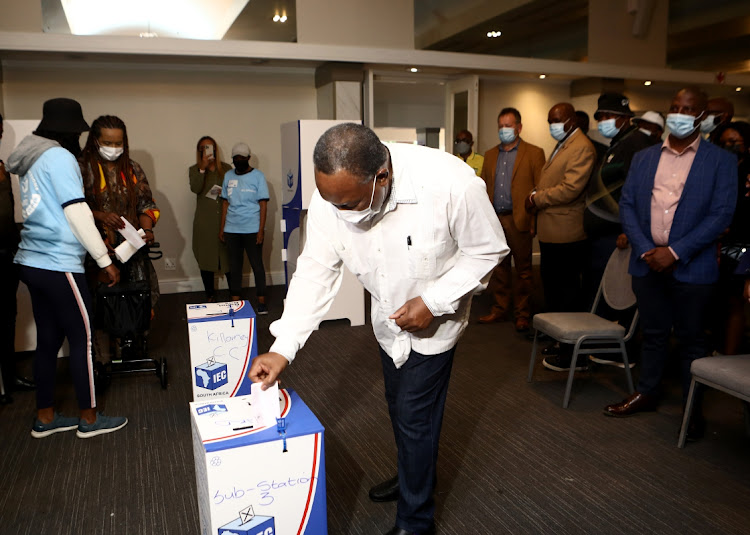 Motlanthe and his wife Gugu cast their votes at Killarney Country Club in Houghton, Johannesburg.

“We encourage all South Africans to vote. You are voting for your ward representative, someone you can hold accountable. You have a right to choose a councillor that you believe will give you proper services,” he said.

Motlanthe said he voted for the ANC.

“Voting is a civic duty and all of us need to cast our votes, particularly when it comes to local government elections. The ANC has done its part to persuade its support base to come out and vote. Before the day is out, everybody should have voted,” Motlanthe said.

ANC Gauteng deputy chairperson Panyaza Lesufi was at the station to give Motlanthe support.

Lesufi said he was worried about the empty voting centres.

“With so many political parties, anyone is spoilt for choice and I don't think there is justification for anyone not to vote. I urge everyone to vote; it's a crucial component of democracy, especially for young people as they are the ones who will take over. You can't take over something you don't know and they should not take this moment lightly it's a crucial moment,” Lesufi said.

Mbeki was speaking at Holy Family College in Parktown where he casted his vote on Monday.
News
1 month ago

Former president Jacob Zuma on Monday called on ANC members to vote for the party.
News
1 month ago
Next Article