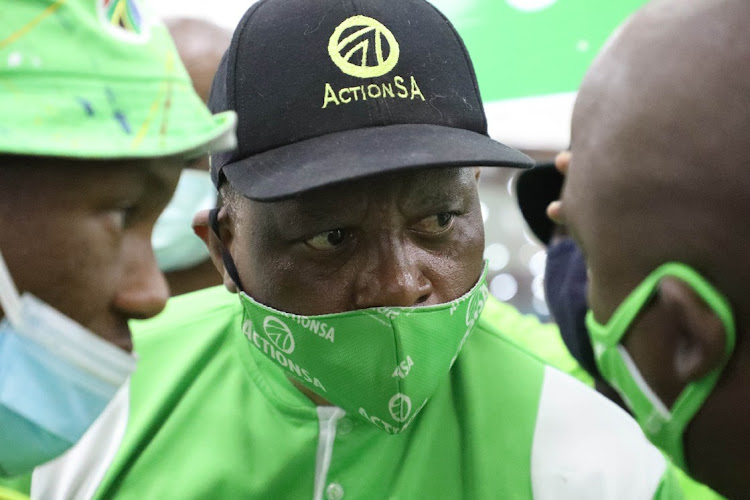 Former Johannesburg mayor and ActionSA leader Herman Mashaba has identified cleaning up governance, rooting out crime and ensuring the economic hub is a haven for job-creating investment as his key priorities as he campaigns for the metro’s mayoral post.

Mashaba was on Wednesday outlining the party’s manifesto for the city in Newtown, downtown Johannesburg, where he described his previous tenure as a demonstration of what he would offer residents if he were to be elected to the top post again.

Mashaba said he had established a corruption busting unit immediately when he took over which he said helped nab officials who had been party to the maleficence and corruption in the city.

“We recruited the best professionals as investigators, and they were given the mandate to do their work without political interference. The outcome of this process was more than 6,000 cases investigated, totaling R35bn in transactions and over 700 arrests,” Mashaba said.

Mashaba led the metro under the banner of the DA from 2016 until 2019 when he resigned and dumped the party, before forming his own outfit. He said his party would institute lifestyle audits for political office-bearers, senior managers and other officials working in areas where they were susceptible to bribery.

Mashaba once again defended the party’s controversial hardline stance against illegal immigration and undocumented foreign nationals in the city, which the party accuses of contributing to criminality.

“Let me be very clear, because there are those who want to silence us by mischaracterising our position on this matter. I want the people of the world to come to South Africa and these municipalities. But, they must come here legally and obey our laws while they are here,” Mashaba said.

He said his party would increase the handover of abandoned buildings to the private sector for the creation of low cost housing that would seize abandoned factories and give them to businesses that wanted to reopen them and create jobs for the municipalities where it would win or be taking part in leading.

Meanwhile, DA Ekurhuleni mayoral candidate Refiloe Nt’sekhe launched her campaign in Springs where she focused on the electricity problems in the ANC-led metro.

Nt’sekhe said electricity outages, continued sewage problems and governance problems in the city continued to be a deterrent to investment.

“No business will want to invest in this metro when there are power outages, water outages and wrong billings and poor refuse collection. My priority is to fix these and then attract business,” Nt’sekhe said.

Meyer said Nt'sekhe, a MPL and a former Ekurhuleni councillor, was a "humble and fit for purpose" candidate for the party.

The DA will on Saturday hold its national manifesto launch for all the municipalities it planned to contest in.