‘They must come through legally and when here, they must obey our laws’ 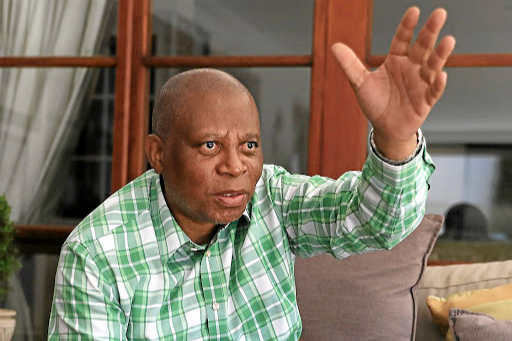 ActionSA leader Herman Mashaba says he will take the department of home affairs to task for failing to properly process immigrants who deserve to be in the country. File photo.
Image: Alon Skuy

ActionSA leader Herman Mashaba has vowed to continue his fight against illegal immigrants should his party be elected into government in the November local government elections.

Launching his party’s manifesto in Johannesburg on Wednesday, Mashaba announced measures to deal with illegal immigration.

Since his time as Johannesburg mayor, then under the DA, Mashaba has been criticised for his stance against foreign nationals, with many labelling his statements xenophobic.

Mashaba said in municipalities governed by his party, it will establish dedicated units within the metro police to process undocumented foreign nationals.

“This unit will professionalise the relationship with home affairs and the department of justice to facilitate the deportation of any person who is here illegally,” he said.

ActionSA leader Herman Mashaba has debunked claims that his party is xenophobic.
News
4 months ago

He said he would ask that municipalities run by his party which are faced with a high number of undocumented immigrants receive a higher share of the budget.

Mashaba said he will continue to pressure the government to get its act together to document those who want to come to SA.

“When addressing the law, ActionSA will not shy away from what needs to be said about illegal immigration. Fellow South Africans, let me be very clear because there are those who want to silence us by mischaracterising our position on this very important matter.

“I want the people of the world to come to SA in all the municipalities we will govern, but they must come through legally and when here, they must obey our laws,” Mashaba said to loud cheers from his supporters.

He said the requirements faced by South Africans, which includes obtaining visas, when visiting other countries should also apply to those who visit SA.

Mashaba promised to increase the capacity of metro police in all the municipalities in which he will be governing to employ a metro police officer for every 1,000 residents.

“This capacitation will not produce more cops hiding in the bushes with speed cameras while our residents are left to fend for themselves against criminals. Rather it will focus on capacitating an ethical and effective metro police service that will focus on priority areas like crime prevention, cable theft, bylaw enforcement and narcotics traffic management.”

Don't be fooled by politicians this elections season

Also be careful of the independent candidates, they are very hungry.
Opinion
4 months ago

Electoral systems and political parties' campaign machinery will be put to test this weekend during the last voter registration weekend ahead of the ...
News
4 months ago

Mashaba vows to take Ramaphosa, Cele to court over looting and deaths

ActionSA is pursuing a 'groundbreaking' lawsuit to hold the government to account for looting and violence in SA.
News
6 months ago
Next Article