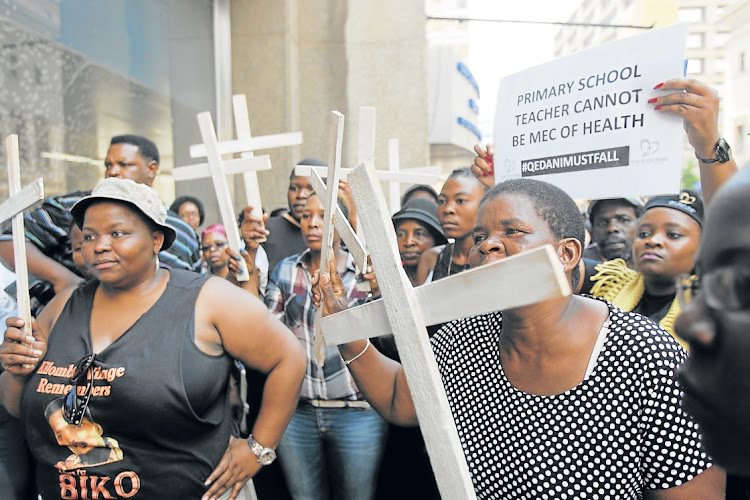 Families of the victims of the Life Esidimeni tragedy that left 144 mental health patients dead are ready for the inquest that is set to kick off on Monday and hope it will bring them closure.

The families' committee spokesperson, Christine Nxumalo, whose sister Virginia Macapelah is among those who died, said they hope the inquest will lead to accountability and criminal charges for the 2016/2017 deaths.

The inquest will take place before judge Mmonoa Teffo in the high court in Pretoria and will determine if there has been criminal liability in the deaths of the patients.

“The importance of the inquest for the families is closure. What the families want out of the inquest is to hold those responsible accountable [for] 144 deaths that we counted at a specific time...to not have anyone accountable will mean there is getting away with murder. This would be part of closure and we have walked a very long walk,” said Nxumalo.

The patients died at various non-governmental organisations (NGOs) across Gauteng after then MEC for health Qedani Mahlangu  removed hundreds of patients from Life Esidimeni Healthcare centres to save money.

Former head of department Barney Selebano, who resigned with immediate effect in January 2018, while on suspension for the tragedy, and Mahlangu were some of the officials who were singled out in health ombudsman professor Malegapuru Makgoba’s report into the deaths.

Makgoba found that the patients were moved to unreliable and unlicensed NGOs.

Some of the patients died of hunger, dehydration and due to negligence.

Nxumalo said the process has been emotionally taxing for everyone.

Section27 executive director Umunyana Rugege said the inquest is different to the arbitration proceedings in that the findings will determine if criminal charges can be laid.

“The arbitration was very important in that those government officials who had ignored family members had to face them and explain their conduct. The process we are going to now is quite different. The arbitration happened when the health ombudsman made a recommendation...  that required an alternative dispute resolution process to be undertaken in order for family members and those who had survived to be able to engage with government officials to find some form of justice through a process. It was then agreed that an arbitration would take place under the arbitration act,” she said.

Some officials were subpoenaed and had to speak under oath and were cross-examined. This led to the findings made in 2018 by former deputy chief justice Dikgang Moseneke that the conduct of officials was unconstitutional, and that compensation must be paid to families and survivors.

“This was important because unconstitutional conduct was recognised and the government had to feel the pain; compensation was an important part of that justice,” Rugege said.

She said more witnesses and information, as well as postmortems, are expected to be presented in the inquest.

“Part of this process is finding justice for families but also broadly to address mental health issues in SA. The key things this judge will find are  legal [binding]. The judge, having listened to all evidence, will have to figure out the identity of the deceased, the cause or the likely cause of death, the date of death and whether the death was bought about by any criminal actions or omissions,” she said.

Meanwhile, an online memorial and advocacy project to remember the patients who lost their lives was launched in May to ensure they are never forgotten.

Dozens of NGOs that are taking care of mentally ill and physically disabled patients across Gauteng have been waiting for weeks for payment from the ...
News
8 months ago

An online memorial and advocacy project to remember the lives of 144 mental health patients who lost their lives in the Life Esidimeni tragedy was ...
News
8 months ago
Next Article