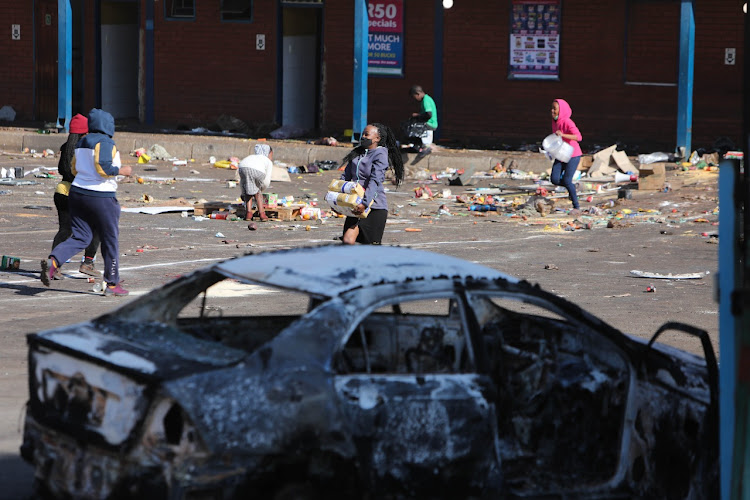 He said the volatile environment has seen people struggling to get to their workplaces because of limited access and services being disrupted across the province.

“To this end, some provincial government services, including vaccination sites in the affected areas, have had to temporarily close due to safety concerns by both the staff and the public. Emergency medical services (EMS) teams are equally experiencing difficulty in responding to distress calls in communities due to limited access.

“The situation is being assessed by the provincial law-enforcement agencies who are now being assisted by the South African National Defence Force (SANDF)," he said.

This comes as protests triggered by the imprisonment of former president Jacob Zuma last week expanded from KwaZulu-Natal into other parts of SA.

Makhura added that Gauteng — along with the rest of SA — was still in the midst of a deadly pandemic.

“The provincial government remains concerned at the potential spread of Covid-19 during such super-spreader events. Hospital admissions continue to increase and are placing a heavy strain on the healthcare system in both the public and private sectors.

“The provincial government appeals to the people of Gauteng to act responsibly and desist from lawless acts that result in disruptions of much-needed services,” Makhura said.

On Monday, reports surfaced that Soweto was experiencing violent riots that led to looting of Maponya Mall and other malls.

Clinics and community vaccination sites in Durban were closed on Monday as protesters continued to go on the rampage in and around the city.

Dis-Chem said its pharmacies, vaccination sites and drive-through testing stations would be closed in KwaZulu-Natal.

Looting of unprecedented levels has continued in Alexandra on Monday morning. The Pan African Mall was the main target as thousands of Alexandra ...
News
4 months ago

eThekwini officials have quashed speculation that city police officers were participating in widespread looting and criminality that has plunged ...
News
4 months ago
Next Article