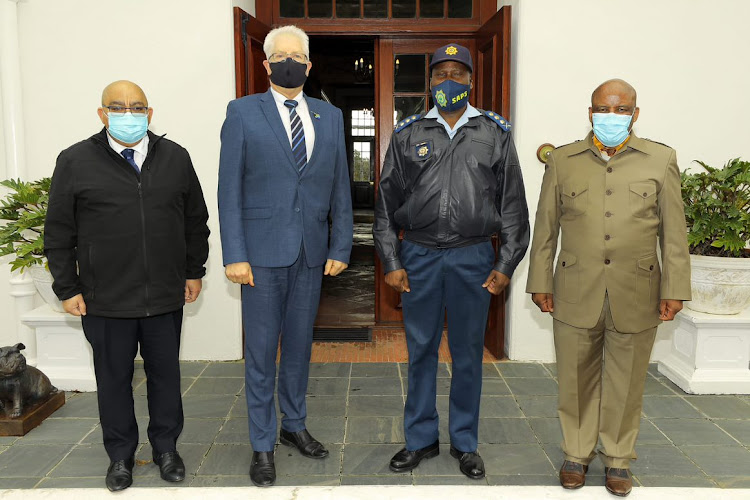 Western Cape police will soon have a new “cold case” team to investigate murder dockets older than two years, while a “re-enlistment” drive aims to lure back experienced detectives who had quit the service.

Newly appointed Western Cape police commissioner Maj-Gen Thembisile Patekile, who is also in charge of detective services in the province following the expulsion of Maj-Gen Jeremy Vearey, said cold case dockets would be handed over to the team to lighten the case load of the Western Cape’s encumbered detectives.

Deputy national police commissioner Lt-Gen Sindile Mfazi said the Western Cape detective services was 28% short-staffed, but due to a limited policing budget the short staffing was not likely to be alleviated.

He joined Patekile at a Western Cape government digital press briefing on Friday, where Patekile was welcomed to his new position by Western Cape premier Alan Winde and community safety MEC Albert Fritz.

“The current budget of the police service has been reduced. We are not going to bring large numbers into the police that is why we have to work with what we have,” said Mfazi.

Patekile said police service in the province would introduce better inspections of the dockets of inexperienced and junior detectives.

“We are also recruiting new detectives. It takes time to train new detectives. After they have come out of the police college it takes another three months of training, and then another two months. What we’ll do, with the experienced detectives here and the prosecutors, is guide them and get more prosecutor-led investigations,” he said.

He said investigations into firearms would also be prioritised under a new detective strategy, but he did not detail how the massive proliferation of illegal firearms in the Western Cape would be dealt with.

He said most of the outstanding dockets burdening detectives were violent crimes and contact crimes and reviving cold cases would help catch repeat offenders who are driving up crime rates but have yet to be caught.

“It also means all those people who are outside, either on bail or because their cases were struck off the roll, they are not stopping committing crime. That’s why we want to revive those cases, re-enlist them, get them back on the court roll and apply for bail not to be granted,” said Patekile.

“That way we can reduce the number of criminals on the streets while we work on getting them back into the cells.”

Mfazi said in the absence of funding for large numbers of new recruits there needed to be a greater focus on the quality of individuals considered for police posts.

Interventions, he said, would also need to be more efficient.

Winde, who was MEC for community safety before he became premier in 2019, welcomed Patekile’s appointment, which he said was done after a rigorous recruitment process.

“Lt-Gen Patekile has undergone a rigorous recruitment process and has come out as the strongest candidate to serve our province. I look forward to working closely with him.

“It was very reassuring to hear from Lt-Gen Patekile about his detailed plans to address crime in the province, which include a focus on gangsterism and extortion,” said Winde.

Curbing crime is a central pillar of Winde’s government strategy. After a year of catastrophic murder rates in Cape Town in 2019, Winde announced the Western Cape government’s “safety plan” in which he steered his departments towards curbing rampant gang violence and plugging a police officer shortfall by training and deploying hundreds of law enforcement officers.

The plan was hampered by the Covid-19 pandemic, but murder rates declined during the lockdown periods. However, gang murders, taxi industry murders and township extortion-related mass shootings increased again this year.

“Safety remains an important pillar within the Western Cape recovery plan. We cannot uphold the dignity of residents and provide them with adequate economic opportunities if their environment is not safe,” said Winde.

“This is why we have established the Western Cape safety plan, which jointly aims to increase the number of boots on the ground through the deployment of law enforcement advancement plan (Leap) officers and implement a range of violence prevention interventions.

“I want to thank police in the Western Cape for the support that they have provided to the safety plan since its inception nearly two years ago. Our Leap officers would not be able to make a difference in the communities they serve without the support and buy-in of their local police.

“I also want to echo Lt-Gen Patekile’s call to members of the community to assist police in their crime-fighting efforts and to do so by coming forward and reporting any perpetrators of crime. We all have in important role to play in ridding our province of crime.”

Winde said the Western Cape’s department of community safety would work closely with Patekile and his office.

A man who shot dead his ex-girlfriend in front of shocked colleagues at the school at which she was working is going to prison.
News
1 year ago

Bhekumuzi Shabangu is still nursing a broken leg two months after he was brutally attacked with “a ton of bricks” during an ANC branch general ...
News
1 year ago
Next Article