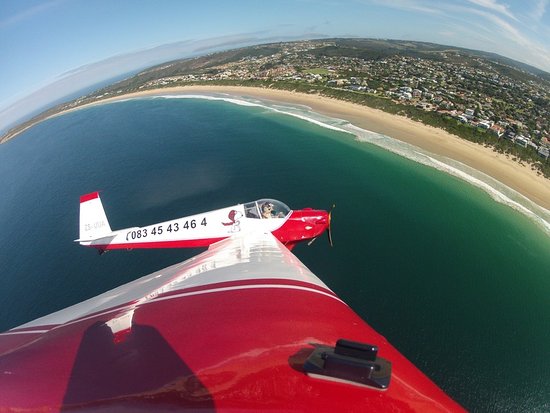 Stewart Lithgow flew everything from military aircraft and jumbo jets to aerobatic biplanes, and in 25,000 hours at the controls he never had an accident.

That changed on December 2 2019, when the retired SAA captain took a tourist for a 30-minute flight around Plettenberg Bay in his motorised glider. 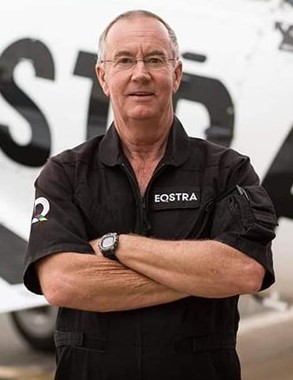 This photograph of Stewart Lithgow featured on the front of his funeral order of service.
Image: Supplied

And the error that cost the 67-year-old veteran flyer his life was chilling in its simplicity: his client was too heavy.

The 57-year-old passenger, Johannes Dormehl from Midrand, tipped the scales at 134kg when he was weighed during a post-mortem examination, according to an accident report compiled by the Civil Aviation Authority.

Had Dormehl been a “standard” male passenger, Lithgow's Scheibe SF25D Falke glider would still have been slightly above its maximum operating weight when it crashed.

But crash investigators said the fact that it was 68kg (11.6%) overweight contributed to the aircraft stalling as it made its approach to Plettenberg Bay Aerodrome at 4pm.

“A close circuit television (CCTV) camera ... captured the motorised glider on final approach in a wings-level attitude, then the right wing dropped and the glider pitched nose down and remained in a steep nose-down attitude until it impacted the ground,” said the accident report.

“The pilot failed to maintain flying speed and, most probably, the glider entered an inadvertent stall due to the wind gradient which the pilot underestimated. 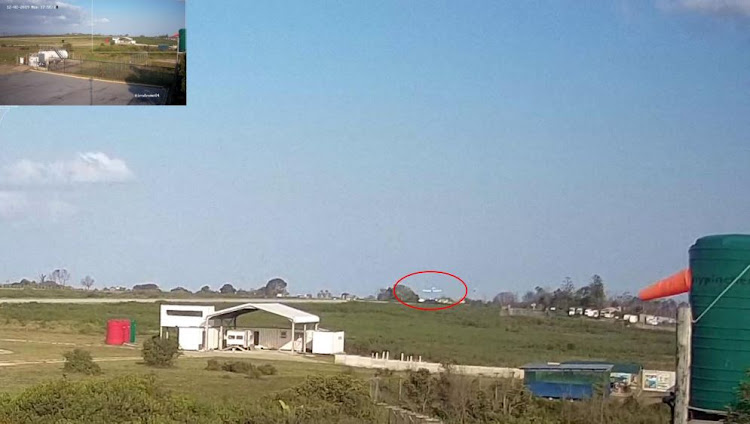 “As the wing loading increases, so does the stalling speed. The wing loading depends on the glider’s flying weight at the time. In this case, the all-up weight of the glider ... would have had a direct effect on the stall speed.

“The glider was operated with a centre of gravity position that was outside the forward limit. This situation contributed to the loss of control.

“The passenger, who also had a private pilot licence, was overweight and his physique could have limited optimum control stick movement, especially when aft control stick inputs were made.” 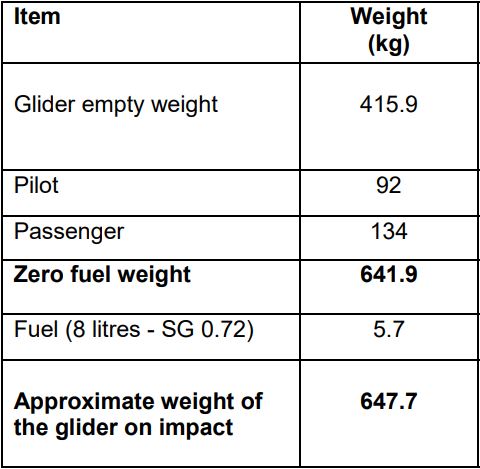 A table from the accident report shows how the weight of Stewart Lithgow's glider was calculated by investigators. The aircraft was 68kg heavier than its maximum operating weight.
Image: Civial Aviation Authority

The accident report said the CAA-approved operating manual for Lithgow's glider “contained several inaccuracies, especially regarding the glider's maximum all-up weight and the mass and centre of gravity”.

It added: “The flight and operations manual for the glider that was located on site was not an approved document by the SACAA, however, the operator was allowed to continue to fly commercially.”

The report recommended an audit of Lithgow's company, Garden Route Gliding, “with specific emphasis on the operations manual and the weighing of passengers prior to each flight”.

It said four sources examined during the investigation gave three different maximum weights for the Scheibe.

“Several contradictions are noted ... regarding the weights of the occupants, which are critical to every flight, especially in cases where an aircraft can only take two occupants.”

Lithgow's flying career began in the SA Air Force and he became an SAA captain and a member of The Flying Lions aerobatic display team before retiring to Plettenberg Bay in 2012 and offering training flights in one of his two aircraft.

Interviewed by retiresuccessfully.co.za in 2017, he said flights in the glider he had owned since 2003 were slow and relaxed.

“We take off from Plett airport, fly over the Robberg Peninsula, where we often see great white sharks and even whales in the season. Then past the Beacon Island Hotel and Lookout Beach, where we sometimes drop right down to wave level, and then onto Keurbooms and even as far as Nature’s Valley.

“On the way home, I switch off the engine and we glide home for the landing. I give passengers the opportunity to handle the controls and they fly the aircraft if they want to.” 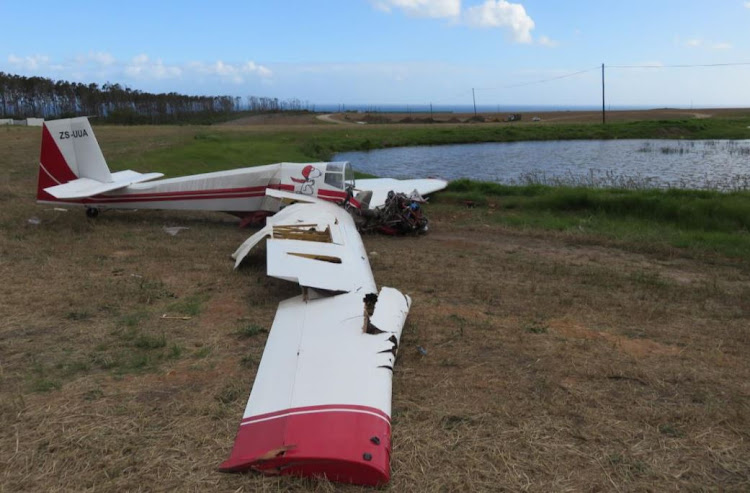 The wreckage of the glider in which pilot Stewart Lithgow and passenger Johannes Dormehl died.
Image: Civil Aviation Authority

Crash investigators said it was not clear who was in control of the 50-year-old glider before it crashed at Plettenberg Bay Botanical Estate, but the combined weight of Lithgow, in the right-hand seat, and Dormehl was 226kg, which was 26% over the limit for the two occupants.

“The glider was equipped with dual flight controls. There was no evidence to indicate that the passenger, who had paid for the flight, was not manipulating the controls of the glider during this flight,” said the accident report.

“Furthermore, it could not be determined if maximum aft control stick movement (used in order to pitch the nose up of the glider) was possible, noting the passenger’s weight.”

The report said Lithgow should have conducted a weight and balance form before the flight. “No such document for this flight was made available to the investigator,” it said.

“The glider was operated with a mass that exceeded the permissible take-off weight limit. The forward centre of gravity limit was exceeded ... at the time of impact. These shortcomings represent a factor that systemically contributed to the accident.”

SAA aims to resume flights in July or August

South African Airways (SAA) aims to resume flights in July or August, but the restart date will depend on how the Covid-19 pandemic progresses and ...
News
2 months ago

Two months after flying an SAA flight on a historic mission to repatriate South Africans from a Chinese city that was the epicentre of Covid-19 last ...
News
4 months ago

The family of Tebatso Naledi Ntshane is devastated after news spread on social media that she died of Covid-19 related illnesses.
News
1 year ago
Next Article