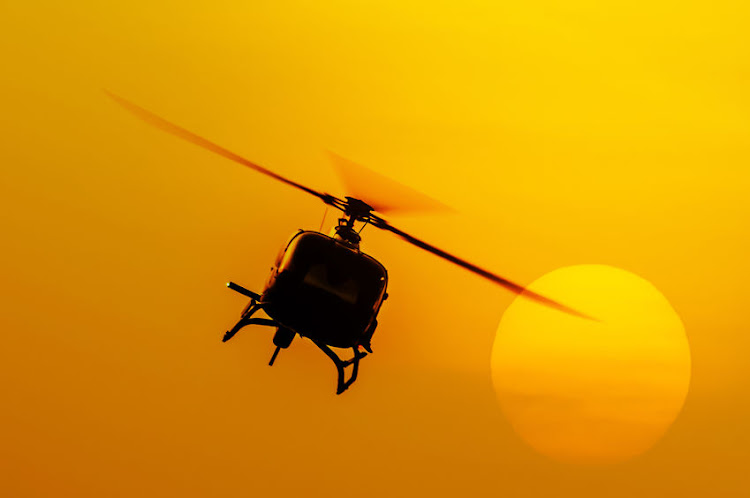 Two people died on Friday evening when a helicopter crashed into the Vaal Dam, with the aircraft still stuck in the water about three hours after the accident.

Though details were still emerging, TimesLIVE understands that the bodies of a woman and a man, believed to be the passenger and pilot respectively, were extracted from the wreckage.

The incident took place near the Vaal Marina.

Netcare911 spokesman Shawn Herbst said reports indicated that the aircraft was a Robinson R44 helicopter. It went down "approximately 200m from the shore".

Dhipak Lalla, head of Aeronautical Search and Rescue, said that a report of “a helicopter down in the Vaal Dam” was received at about 6.15pm.

“The ARCC activated the NSRI, SAPS and Netcare 911. A female was recovered, but she had unfortunately passed aware away. Police divers are currently in the process of doing their investigation as we think there is one passenger still in the wreckage. We are assuming it is the pilot,” he said shortly before 9.30pm.

Shortly before 10pm, Lalla confirmed that the man's body had also been recovered.

Lalla added that the police divers did not want to rush the operation, particularly as they were working in darkness under challenging conditions.

A helicopter has crashed near the N2 highway in Durban.
News
1 year ago

A  Zimbabwean air force helicopter crashed into a residential area in Arcturus, 32km east of the capital Harare, on Friday killing its three crew ...
News
1 year ago

According to a preliminary SA Civil Aviation Authority report, the collective lever - responsible for up and down movements of the helicopter - ...
News
1 year ago
Next Article