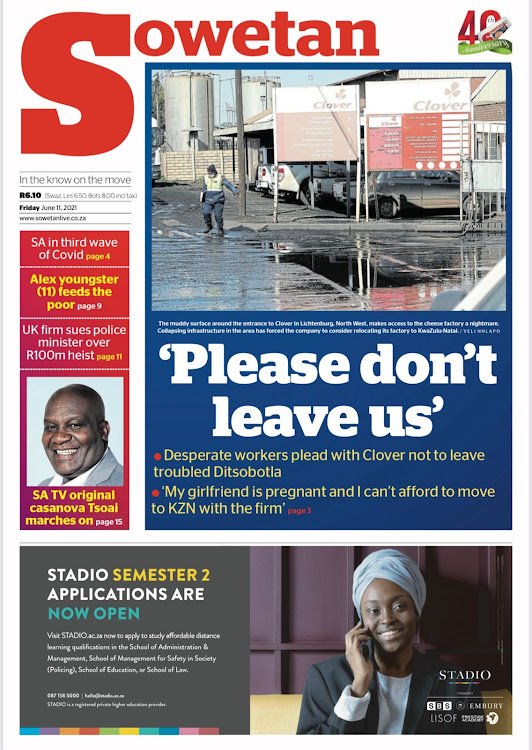 The North West government says it fears that if Clover shuts down its factory in Lichtenburg, it could ignite an exodus of companies from the town, jeopardising jobs.

Sowetan spoke to 10 employees who expressed fear for the future without jobs after the dairy firm announced its plans to relocate to KwaZulu-Natal due to service delivery failures by Ditsobotla municipality.

Fearful workers plead with Clover not to abandon them

Speaking to SowetanLIVE on Tuesday, Ditsobotla mayor Tebogo Buthelezi confirmed that Clover had for years raised complaints about the poor public infrastructure in Lichtenburg.

"This is a very big blow to Ditsobotla municipality and its communities," said Buthelezi.

"It is true that Clover has been raising [the issues for many years]. Those [problems] have been accumulating for quite some time and now it is just unfortunate that we are at a point of no return due to poor infrastructure," said Buthelezi.