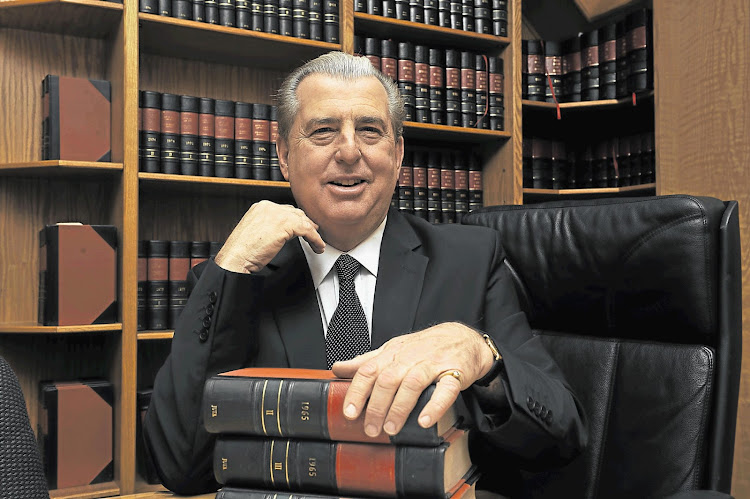 Ronald Bobroff and his son fled to Australia in March 2016. The Supreme Court of Appeal found this week that the national director of public prosecutions has not established that two amounts held at an Israel bank totalling R6.8m were proceeds of unlawful activities. File photo.
Image: ROBERT TSHABALALA

There was some respite for fugitive former personal injury attorneys Ronald Bobroff and his son Darren Bobroff when the Supreme Court of Appeal (SCA) ruled that R6.8m of the approximately R110m which was ordered forfeited to the state in 2019 should be returned to them.

The SCA held on Monday that the the national director of public prosecutions (NDPP) has not established that two amounts held at Bank Discount totalling R6.8m were proceeds of unlawful activities.

Ronald and Daniel Bobroff, who were directors of the firm Ronald Bobroff and Partners Incorporated, fled to Sydney in Australia in 2016 to evade arrest on charges related to overcharging their Road Accident Fund clients through illegal fee agreements.

The Bobroffs, who were directors of the firm Ronald Bobroff and Partners Incorporated, fled to Sydney, Australia, in 2016 to evade arrest on charges related to overcharging their Road Accident Fund clients through illegal fee agreements.

In 2010, allegations began to surface that the firm had, over the preceding three years, charged clients inflated fees exceeding the maximum permitted in terms of the Contingency Fees Act.

In March 2016, the law society filed an application to strike the Bobroffs from the roll of legal practitioners.

The application, which eventually led to the disbarment of the Bobroffs, was heard on March 14 2016.

On the same day, as a result of their investigation, police issued warrants of arrest for the Bobroffs.

On March 16 2016, before the warrants could be executed, Darren departed for Australia and Ronald followed three days later. Neither has returned since.

Police caused a red notice — issued for fugitives wanted for prosecution or to serve a sentence — to be circulated through police co-operation body Interpol.

In February 2017, Darren had requested to withdraw the entire credit of approximately $7m (R101.2m) which he held in the BMT account at the time.

Following an attempt in March 2017 by Ronald to withdraw $830,000 (R12m) from an account in his name at BD, Israel national police froze both accounts.

Following the forfeiture order in 2019, the Bobroffs appealed against that order.

In its judgment on Monday, the SCA held that the high court has jurisdiction to order forfeiture in respect of property situated outside SA and belonging to persons who are presently not resident in SA.

It said section 19 of the International Co-operation in Criminal Matters Act is specifically directed at achieving the effectiveness of a forfeiture order made in respect of assets abroad.

The court said while it does not guarantee the satisfaction of the forfeiture order, it does provide a mechanism for the achievement thereof, which has a reasonable prospect of success.

The court also said the NDPP has satisfied the court that a sufficient link was established between the credit balance in the BMT account and the alleged offences by the Bobroffs.

In terms of the BD account, the court said three of the component accounts could not be explained and those amounts should be forfeited to the state.

However, the court said the remaining two components of the BD account were different.

“In respect of the A$ investment and the US$ investments, a relatively comprehensive set of bank statements have been provided. Ronald Bobroff contends he opened an account with the BD in approximately 1981 and deposited amounts therein.

"Bank statements commencing in 2005 have been annexed," acting judge of appeal Johannes Eksteen wrote in a judgment where four other judges concurred.