RAFPay can pay 50% of claim upfront 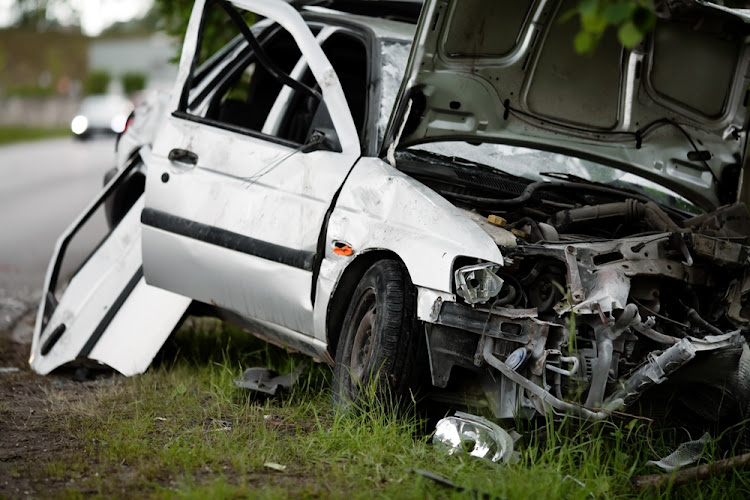 The RAF pays compensation to you if you were injured in a road accident that was not of your fault, or if you are a dependant of someone killed in an accident due to negligent driving. Picture: ISTOCK

If you have been injured in a motor vehicle accident and have been awarded a settlement from the Road Accident Fund (RAF), you can access an upfront payment of your money from new startup company, RAFPay.

The RAF pays compensation to you if you were injured in a road accident that was not of your fault, or if you are a dependant of someone killed in an accident due to negligent driving.

South Africa reports around one million road accidents a year with 40 fatalities and 20 people left permanently disabled each day.

These victims approach personal injury lawyers to represent their cases so that they can claim from the RAF. You do also have the option to represent yourself if you wish to do so.

While you are entitled to use a lawyer to represent you, the RAF has been using a panel of lawyers to represent its cases in court. There is currently court action pending to suspend the services of these lawyers so that the RAF can use in-house legal representation.

The beleaguered fund has not been solvent since 1981 and this year reported a massive R17 billion in unpaid claims.

Acting chief executive officer, Collins Letsoalo, last month told media that the average time it takes after an accident until a  settlement is reached (a determination of how much money you will be paid out) is five years.

“Only 5% of cases ended up in front of a judge - the vast majority of cases are settled on the doorstep of the court,” he said.

Once a settlement is reached, you receive a court order setting out how much you are entitled to receive from the fund. It can then take another year or two before you receive your settlement money from the RAF.

Elad Smadja, chief executive of RAFPay, says at that point, RAFPay can advance up to 50% of the settlement to you upfront within hours of you applying and the balance is paid to you when the RAF makes the full payment.

Smadja notes that the advance from RAFPay is not a loan and does not accrue interest, but there is a time-based fee that works out to between five and 15% of your claim. The RAFPay fee is applied at 2.5% a month.

“A typical example would be a claim of R500,000. The attorney takes a 25% fee, so you would be paid out R375,000. The RAFPay fee is deducted from your R375,000 and is determined according to how long you have to wait for your money after the RAFPay advance has been paid to you,” he explains.

To use RAFPay, you must be using a lawyer to claim from the RAF. This means that when the RAF pays, the money is paid into your lawyer’s trust account.

Your lawyer will then refund RAFPay for the upfront payment and the balance will be paid out to you. The attorney and the RAFPay fees are only deducted when you receive your final payout from the RAF.

“The lawyer is an independent party that can ensure RAFPay is refunded for the upfront payment,” Smadja explains.

The minimum 5% fee means that RAFPay will pay you in total up to 95% of the money.

The minimum amount generally paid at upfront is R150,000. The balance is settled once you have received your RAF pay-out.

Smadja says many people who claim from the RAF often behave like lottery winners when they are paid and often the money ends up being mismanaged or wasted.

“We partner with Anchor Capital and help you to draw up a financial plan so that your settlement can be allocated or invested responsibly,” he says.

Smadja says the company fields hundreds of calls each month from people who are in desperate financial positions and have often resorted to loans from mashonisas (loan sharks) at very high interest rates while they wait six to 12 months for their pay-out.

What you need to know about claiming from the RAF

The Road Accident Fund will not pay you if:

There are important timelines to remember when you lodge a RAF claim:

You can claim for the following damages:

A plan to make third-party insurance compulsory for all vehicle owners has been welcomed as a win-win for all as 70% of the millions of cars on SA ...
Business
2 years ago

How not to blow any of your unexpected millions

I Blew It, the hit reality series on DStv’s Mzansi channel, has once again put the spotlight on the dark side of unexpected financial windfalls.
Business
2 years ago

Who can you trust with your death benefits?

Your will sets out how you want your property and investments to be distributed when you die.
Business
3 years ago
Next Article