Minister says Covid-19 cases on two vessels in SA ports, and that three air passengers who flew in from India tested positive — but the variant is not known 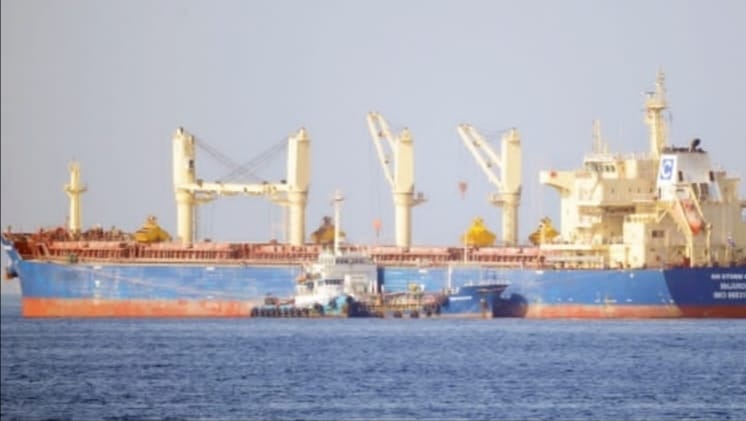 There are no known cases in SA of the B.1.617 Covid-19 variant now circulating in India, but several people are having their positive samples tested, health minister Dr Zweli Mkhize said. One of the vessels where positive cases were confirmed is being held in Durban.
Image: Supplied

There are no known cases in SA of the B.1.617 Covid-19 variant, but several people — including three who flew in from India — are having their positive samples tested.

This is according to health minister Dr Zweli Mkhize on Tuesday, who said that the concerns over new variants have driven “exclusion, mistrust and sometimes even racist rhetoric”.

He said the government shared people's concerns over the importation of the B.1.617 variant now circulating in India, which has been a significant factor in the Asian country becoming the global virus epicentre, with more than 300,000 new cases being reported daily.

“We share our people’s concerns but wish to reassure South Africans that we are a very capable nation that knows how to deal with the burden of a variant of concern (VOC). Our teams remain on high alert to survey, detect and contain the spread of Covid-19 in general, with heightened awareness of travellers from countries where VOCs are dominating.

“We confirm that the B.1.617 variant, circulating widely in India, has not been detected, however the genomics teams are working on some samples and we will need to allow the time it takes to sequence before we get an answer,” he said.

He said the B.1.351 (or 501Y.V2) variant identified in SA late last year, which was responsible for the deadly second wave, was still the most dominant in the country.

“Indeed we have had confirmation that one of the samples taken from a traveller from India is the 501Y.V2,” he said.

According to Mkhize there were three air travellers from India, via Doha, who flew into SA and had tested positive for Covid-19. One of them arrived in SA on April 21 and the others on April 25, all through King Shaka International Airport.

The government is on "high alert" for the Covid-19 variant currently circulating in India, health minister Dr Zweli Mkhize said on Monday.
News
1 year ago

Taiwan became the latest place to ban arrivals from coronavirus-stricken India on Monday, as it moves to prevent new infections, with more nations ...
News
1 year ago

In another incident in Durban, port health officials were told of a death on board of an approaching vessel on May 1. The vessel had departed India on April 18 and berthed at Maydon Wharf on May 2 with the deceased.

“The body was subsequently transported to a state mortuary for a postmortem. Due to sampling difficulties, authorities still await the PCR test result. However, contact tracing proceeded for 21 crew members. Of those, 14 have been detected with Covid-19 and seven have tested negative.

In another incident involving a ship, this time in Gqeberha, Mkhize said that on April 25 a ship that had departed from Mombasa, Kenya, berthed in Gqeberha 12 days after its departure.

“Upon testing positive for Covid-19, these crew members were subsequently isolated at paid lodgings. Port health, together with Transnet National Port Authority (TNPA), instructed the shipping agency to proceed with contact tracing and testing processes, with 20 crew members on board subjected to PCR tests. A further 10 crew have been detected with Covid-19 and are isolating for 10 days at designated facilities. The other 10 members that tested negative will remain in quarantine on the ship,” said Mkhize.

The minister was critical of the master of the vessel, who “made a false declaration regarding the health status of the vessel and crew”.

“SAPS has activated consequence management procedures and engaged the state prosecutor. We wish to put on record this ship was bound for India, and it had not departed from India. This increase in detection of cases at the ports of entry is of deep concern to us as government and we have been attending to this as a matter of urgency.

“We have consulted the ministerial advisory committee as well as the genomics team to guide us on the management of travellers at ports of entry during these challenging times. The government will be determining the next steps to follow and announcements will be made on the state of variants of concern in our context, and what measures will be implemented to mitigate against the importation of Covid-19 in general,” said Mkhize.

The SA Hindu Maha Sabha, a governing body for Hindus, has stepped up to provide assistance to India with the donation of oxygen concentrators.
News
1 year ago

People travelling to Poland from Brazil, India and South Africa will have to quarantine, Poland's health minister said on Tuesday, as he announced ...
News
1 year ago
Next Article