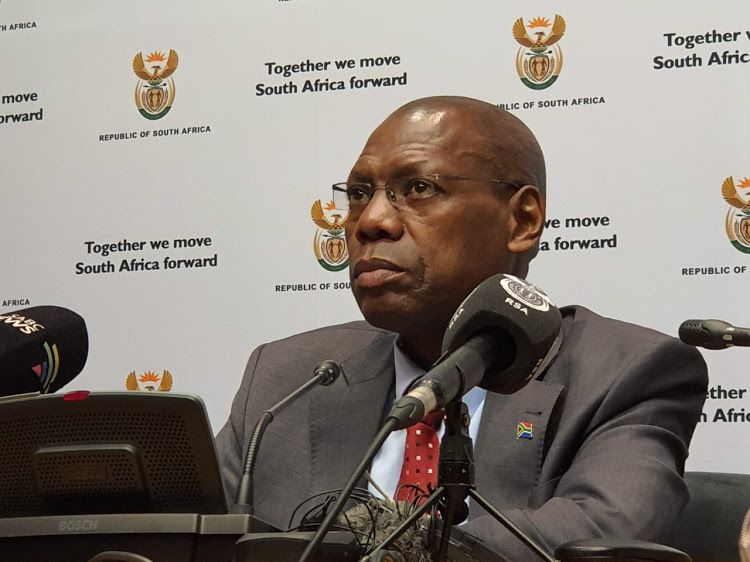 Health minister Zweli Mkhize says he has reassured the Western Cape government that there will be no need to procure their own vaccines.
Image: Anthony Molyneaux

Health minister Dr Zweli Mkhize says he has reassured the Western Cape government that it does not need to procure its own Covid-19 vaccines, as the national government has secured enough vaccines for all provinces to achieve population immunity.

Mkhize said the province should focus its energies on the distribution and logistics of inoculation. He visited the province to ensure readiness for the vaccine rollout after inspections in Gauteng and the Eastern Cape.

Last month, the Western Cape government announced the mobilisation of a R2.17bn “war chest” to defeat Covid-19 in the province.

The announcement was made by the province’s finance and economic opportunities MEC David Maynier while presenting the provincial budget. Maynier had said the money would be allocated to different areas in the Western Cape, including procuring Covid-19 vaccines, the vaccine rollout and preparing for a potential third wave of Covid-19 infections in the province.

On Monday, Mkhize visited the province as part of his assessment of provinces’ preparedness for the mass rollout of the second phase of the vaccine which will start on May 17.

“Having being presented with the mass vaccination rollout plan for the Western Cape, I was pleased to note that the province has given full consideration to the interventions that need to be implemented such that the province can vaccinate the nearly 5 million citizens targeted for that region,” Mkhize said in a statement.

The health minister also said he is pleased that the province’s plans align with the strategy of the national department of health.

“Provided we receive the vaccines as committed to by the manufacturers, we will be able to vaccinate 46.2 million South Africans by the end of the fourth quarter, that is March 2022.

“This tally excludes the 500,000 that will be vaccinated under the Sisonke Protocol. We are also hopeful that Covax will be able to deliver 1.2 million doses this quarter.”

In a statement, Western Cape premier Alan Winde said: “Minister Mkhize advised us that the national procurement of vaccines is well under way and will see a total of 46 million vaccines procured for the country, of which 4.7 million will be used by the Western Cape. As a province, we will continue to engage our procurement strategy so that we remain prepared to obtain supplementary vaccines should the need arise.

Since the opening of vaccine registrations for people over the age of 60 on Friday, Mkhize said so far 343,420 senior citizens across the country had signed up for the jab.

The South African government's compensation fund to cover potential injuries from Covid-19 vaccines could cost around R250 mln in the first year, the ...
News
1 year ago

Sahpra said on Wednesday that it had recently reviewed data from Johnson & Johnson's local research study immunising healthcare workers and found no ...
News
1 year ago
Next Article