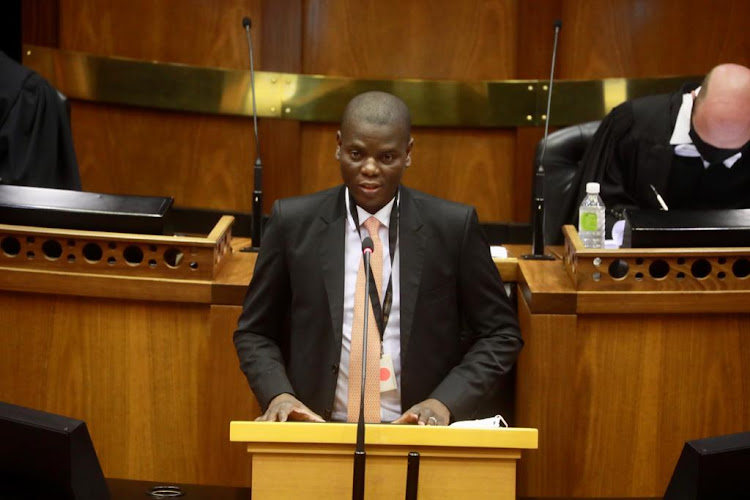 Justice and correctional services minister Ronald Lamola said the land court will have both judicial and additional functions such as conflict resolution and mediation.
Image: GCIS

The department of justice and correctional services will introduce a bill to parliament that seeks to address systemic hurdles which previously made it difficult for land claimants to obtain land restitution.

The Land Court bill, approved by cabinet last week, establishes a high court and a Land Court of Appeal that will adjudicate on all land-related matters.

Addressing the media on Monday, justice and correctional services minister Ronald Lamola said the land court will have both judicial and additional functions such as conflict resolution and mediation. It would include the appointment of a permanent judge president and four permanent judges.

It is expected to fast-track land reform, an issue which has been the subject of intense public discourse for years.

Addressing the land question is not only a socio-economic imperative but a matter of restoring the nation’s soul.

“All black South Africans, and perhaps still to this day, are confronted with the effects of the migrant labour system which was anchored on land dispossession. Therefore, addressing the land question is not only a socio-economic imperative but a matter of restoring the nation’s soul.

“Land justice will restore the soul of the nation,” he said.

Lamola said the bill was the  outcome of the work done by the interministerial committee on land reform chaired by Deputy President David Mabuza.

The new court was expected to be accessible to the poor as Legal Aid SA would be responsible for the legal representation.

The department of agriculture, land reform and rural development was expected to ensure Legal Aid SA had both the finances and capacity required to broaden its reach to those who seek land justice.

“Ultimately the bill seeks to ensure stronger judicial oversight over claims, and this must lead to better settlements, reduce the scope for corruption and avert the bundling of claims into dysfunctional mega-claims that lead to conflict. The efficacy of the procedures and arrangements proposed in the bill will assist to develop our land jurisprudence,” said Lamola.

The minister said the new bill allowed for hearsay evidence for families who have to rely on oral history and the existence of elders with knowledge of the description, location and extent of land which their descendants previously occupied.

“It also allows for expert evidence regarding the historical and anthropological facts relevant to any particular land claim,” he said.

Lamola admitted the country still had a long way to go in addressing the land question but hailed the bill as a major step.

“While the bill on its own may not be a silver bullet which can help us undo the effects of colonialism, it is an important step which can enable land reform, which is inextricably linked to rural development and addressing the socio-economic challenges that plague us.”

Land reform: Nearly 900 underutilised farms to be made available

Close to 900 farms comprising 700,000 hectares of underutilised and vacant state land will be made available as part of the government’s contribution ...
News
1 year ago
Next Article