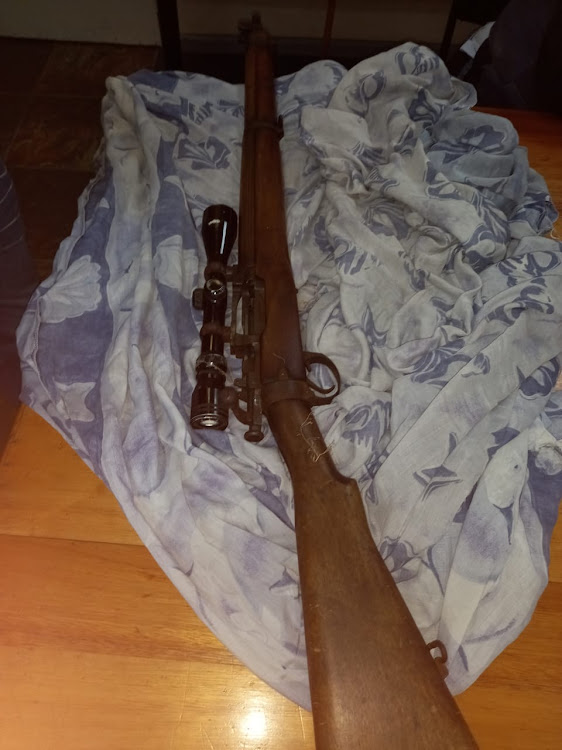 Port Elizabeth police have recovered two stolen rifles in as many days after receiving  tipoffs from the public.

Investigators were awaiting ballistic test results to establish if the weapons were involved in any other crime.

On 10.30pm on Monday, officers received information that two men walking in Tyinira Street, Motherwell, were on their way to deliver a firearm.

“As soon as the members stopped their vehicle, one of the men dropped the blanket and both began running in different directions.

“A rifle with a scope was found inside the blanket,” Naidu said.

The rifle was reported stolen in Bethelsdorp in September 2006.

One man was arrested and several high-calibre firearms were seized after a shoot-out on Friday between police and an armed gang near Alexandra, north ...
News
1 year ago

On Saturday, another rifle was recovered at about 9.15pm after officers received information about a Nissan Tiida transporting a firearm.

The vehicle was spotted in Newell Street, Korsten, and stopped by police.

Naidu said the driver was using the car as an e-hailing taxi service and was transporting two passengers in the vehicle.

The 303-calibre rifle was stolen in Somerset East in October 2020.

No arrests were made in either incident but both cases are under investigation.

Four people were killed in a shootout with police in the Bram Fischer area of Soweto on Thursday afternoon after a foiled cross-pavement robbery at a ...
News
1 year ago

Police stopped a car of Black men and confiscated two of their guns at Virginia's annual "Lobby Day" on Monday while white gun rights activists ...
News
1 year ago

The Hawks averted a deadly fight between illegal miners in the North West town of Stilfontein on Sunday.
News
1 year ago
Next Article