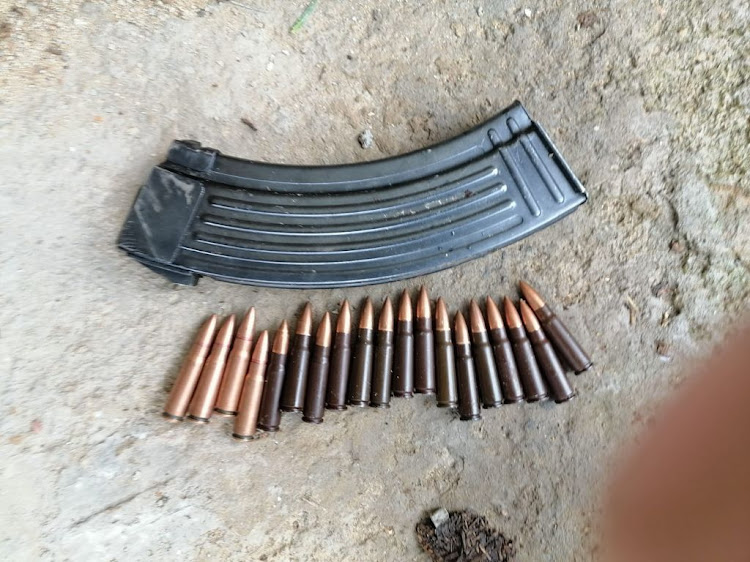 One man was arrested and several high-calibre firearms were seized after a shoot-out on Friday between police and an armed gang near Alexandra, north of Johannesburg.

Gauteng police spokesperson Capt Mavela Masondo said officers were conducting routine patrols in Lombardy East at around 7.30am when they saw a white Toyota Corolla with three occupants, one of whom was carrying a firearm.

“It is alleged that the armed suspect then drew his firearm and fired shots at the police. An unconfirmed number of armed men are reported to have emerged from a nearby house and a shoot-out between the police and the suspects ensued,” said Masondo.

One man was arrested while others fled on foot and in two vehicles.

#sapsGP Police intercept a potential violent crime, recover high caliber firearms & ammo at a house in Lombardy East near Alexandra. 11 Vehicles. suspected to be used as getaway cars during the commission of crime, found on premises.#TrioCrimes MEhttps://t.co/unGqrqvIUO pic.twitter.com/osrfHPSSpi

Masondo said police also found 10 vehicles on the property and another outside. Three of them — a BMW, a Mercedes-Benz and an Audi A4 — were hijacked in Sunnyside, Daveyton, and KwaMhlanga in Mpumalanga.

“These cars are suspected to be used as getaway cars during the commission of crime,” said Masondo.

“Preliminary evidence suggests that the suspects were in the middle of plotting to commit an aggravated crime before they were disturbed by the police.”

The suspects, who fled the scene, are being sought and provincial police commissioner Lt-Gen Elias Mawela praised the police for their swift response.

“It is clear that these suspects were in a meeting, conspiring to commit a serious and violent crime that could have resulted in injuries and or fatalities of innocent citizens,” he said.

The head of an alleged cash-in-transit robber was blown off when the gang he was part of tried to blast open a van on Wednesday morning near ...
News
9 months ago

A Fidelity security guard and a bystander were shot and wounded during a cash-in-transit heist in Evaton, south of Johannesburg, on Monday.
News
10 months ago
Next Article