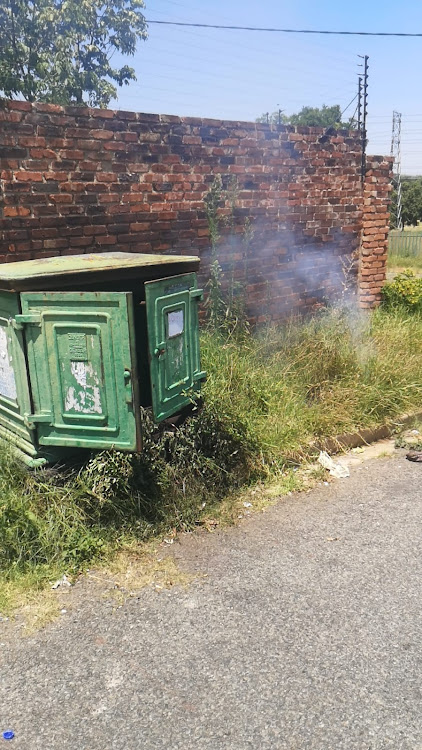 A mini-substation caught fire after a suspected cable thief allegedly tampered with it, leaving the East Town area without power.
Image: Twitter @CityPowerJhb

A suspected cable thief was badly burnt and hospitalised on Thursday afternoon after allegedly tampering with a mini electricity substation in East Town, Johannesburg.

City Power spokesperson Isaac Mangena said the incident had left several areas without power, and that it would take about 48 hours to restore electricity to the affected areas. The mini-substation caught fire.

Mangena said the city was concerned about the increase in vandalism and cable theft during load-shedding.

He said even though load-shedding had now been suspended, the city was still suffering in its aftermath, with a repairs backlog in several areas across the Johannesburg.

“City Power loses millions in revenue because every time there is cable theft, a meter stops and we are not making revenue,” he said.

We also spend a lot of money fixing and replacing cables stolen and equipment that gets damaged during the cable theft and explosions.”

According to Mangena, cable theft is a citywide problem.

“For example, right now, Florida in Roodepoort is going into its the third day without electricity because of cable theft. The power supply was affected to the whole of Florida and its extensions, including areas like Maraisburg and Industria,” he explained. 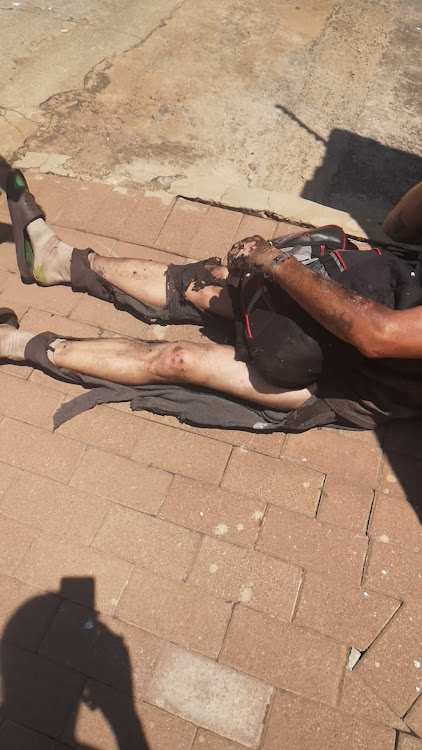 A suspected cable thief was badly burnt after allegedly tampering with a mini-substation in East Town, Johannesburg.
Image: Twitter @CityPOwerJhb

Mangena added that power was also off in the Devland industrial area, affecting supply to areas like the ABI plant and the Joburg waste water treatment plant in Goudkoppies — also because of double cable theft.

According to Mangena, Eldorado Park extensions 1 and 2 were plunged into darkness on Wednesday night due to cable theft.

In Alexandra, Mangena said, two suspects were caught while loading cables on to a bakkie.

Two other suspects were caught in action at Alexandra substation trying to steal cables. They had loaded cables on to a bakkie.

Mangena said the cable theft was affecting the thousands of people who are working from home during the extended lockdown.

“Most people do not have the luxury of a generator and we also have many small businesses suffering,” he said.

“Of course, big business is also affected, as we saw with the power outage in Devland that affected ABI.

“You can see the huge affect it has.”

On the fifth day of the 16 Days of Activism for No Violence against Women and Children, a 27-year-old mother was allegedly killed in her Berea flat ...
News
1 year ago
Next Article