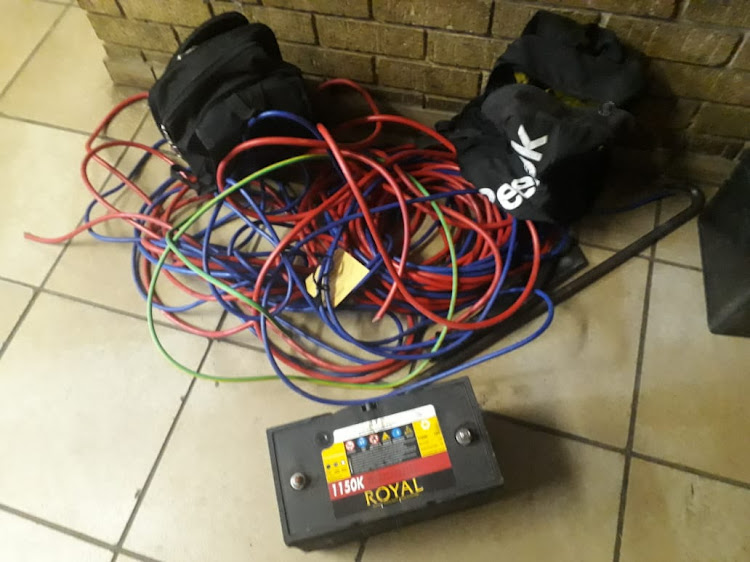 A man suspected of cable theft was found dead in a bush following a shootout with police in KwaMsane, in northern KwaZulu-Natal, on Thursday.

Police spokesperson Capt Nqobile Gwala said police officers were conducting an operation during the early hours of the morning when they responded to an alarm activated at a cellphone tower in the area.

"The police officers spotted two men who were cutting cables. It is alleged that the thieves opened fire at police and a shootout ensued."

Gwala said the men disappeared into the bush during the shootout.

"Police seized numerous exhibits from the scene including cables and a battery. 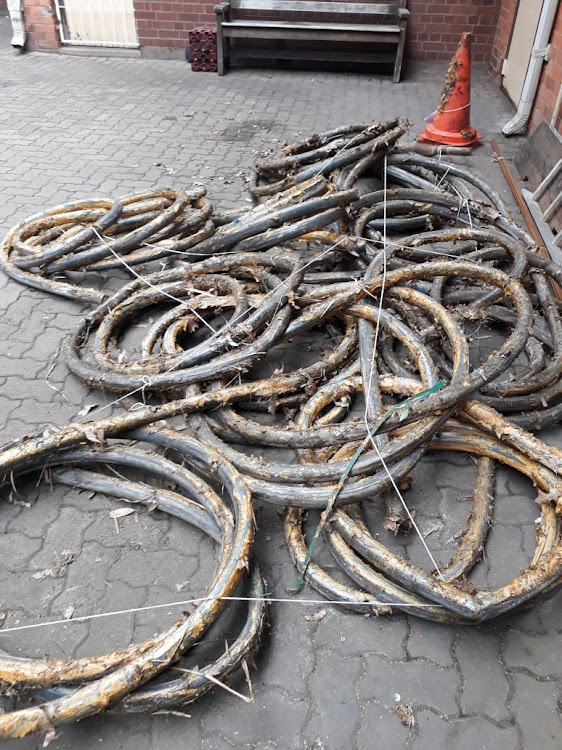 Cables confiscated by police in Pietermaritzburg on Wednesday
Image: SAPS

"During a search of the surrounding area, police officers found the body of one of the suspects who had sustained gunshot wounds.

"Police investigations are continuing in an attempt to arrest the outstanding suspects," she added.

On Wednesday, Pietermaritzburg police confiscated stolen cables with a street value of R750,000.

"Investigations have revealed that the vehicle was stolen at KwaMashu earlier this month."

Also on Wednesday, a police team in Durban recovered 59 bags of chemical powder as well as 79 drums containing a liquid used in the manufacture of lotions.

"The recovered goods are estimated to be worth R1m and were seized from premises at Clairwood.

"Investigations have uncovered that these items are from a container which was stolen at the Port Terminal earlier this month," said Gwala.

A 30-year-old man has been arrested.