Leader calls for unity in party 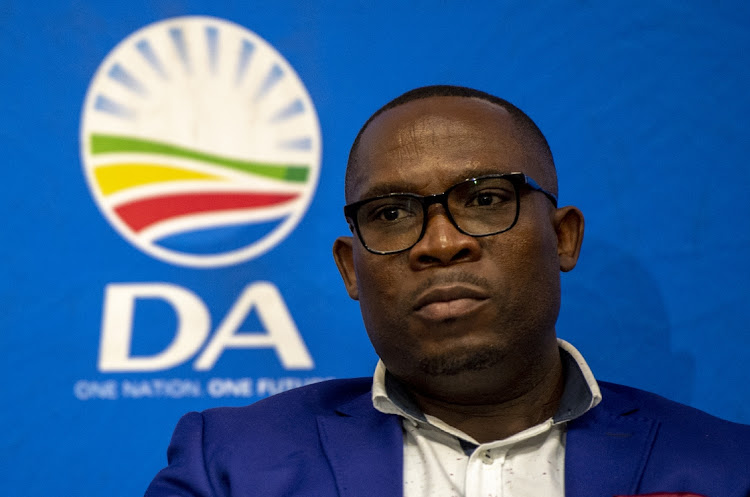 Western Cape transport MEC Bonginkosi Madikizela has been re-elected as DA provincial leader after he beat legislature speaker Masizole Mnqasela in a fierce battle for  control of the party in the only province it governs.

This comes after the men engaged in a bruising battle which included allegations of an assassination plot levelled against Madikizela.

Madikizela was re-elected at a virtual elective congress on Saturday.

Leading up to the congress, he was accused of conspiring with gangs to assassinate Mnqasela. He was cleared on Friday after a DA investigation conducted by the federal legal commission.

Speaking after his election, Madikizela called for  unity as the party heads towards next year's local government elections.

“I hope we can see, colleagues, what the members of the DA are telling us. They have come up with a team that they believe will take this province forward and we must make sure ... we unite because we don't have a choice.

Former Tshwane mayor Solly Msimanga has been elected as the new leader of the DA in Gauteng.
News
1 year ago

Madikizela said the DA needed to be stable and that during the campaign for leadership the party focused internally, with some of the battles turning out to be unpleasant.

He called for members to build a stable DA that would be attractive to voters, starting with by-elections to be held in the province on December 9.

“Immediately when we come back next year, we must hit the ground running. We must make sure that we interact with all our voters because we have a daunting task,” said Madikizela.

He said the DA in the Western Cape had been in government for a long time and the announcement of a downgrade to junk status for the country meant it would be more difficult for the party to govern the municipalities it intends to win.

“I think the best thing we can do is that we are on the ground, interacting with our voters on a regular basis so that they can understand the challenges that we are facing.” - TimesLIVE

The ANC has emerged stronger from Wednesday's hotly contested by-elections, retaining 64 municipal wards across the country, winning six new ones and ...
News
1 year ago
Next Article