Vehicle hijackings increased 20% in the past year 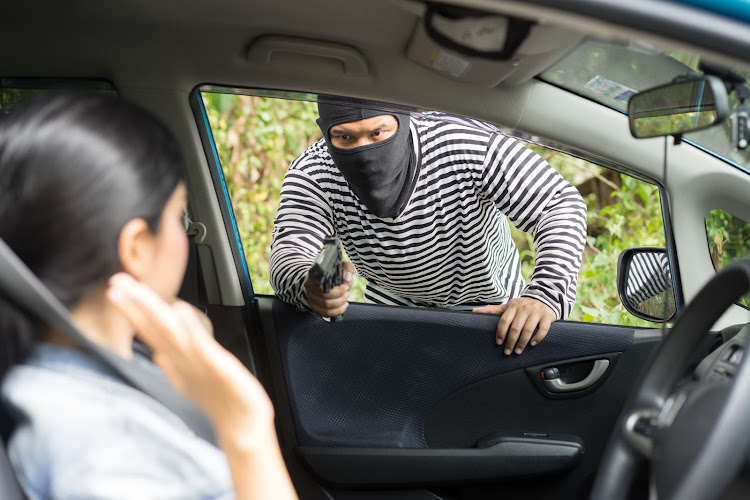 Hijackings occur every day of the week, but peak on Fridays.
Image: anontae2522 / 123rf

Over 30,000 hijackings of motor vehicles take place in a single year, according to insurance company Dialdirect, with claims data showing that hijackings have increased by 20% from 2019 to 2020.

However, with more cars back on the road, hijackers are seizing the opportunity to pounce on motorists. The MD of advanced driving school MasterDrive, Eugene Herbert, says whether you drive a car or a truck, one should increase awareness levels as we head towards the end of the year.

“Traditionally, the end of the year is a time when crime tends to rise. Consequently, all drivers need to increase their awareness levels as they make their way around,” he says.

Gauteng has recorded an increase in car and truck hijackings and cash-in-transit heists.
News
1 year ago

The National Hijacking Prevention Academy (NHPA) recently analysed hijackings that took place between August 2019 and July 2020 and made the following key findings about hijacking trends:

Where: Hijackers prefer spots where vehicles are moving slowly or stationary, ideally spots where there are easy escape routes, with most hijackings taking place in residential driveways. Other hotspots include traffic signs or intersections; the side of the road (when the driver stops to answer the phone, for example); schools; filling stations/garages; parking areas; and places where passengers are picked up or dropped off.

How: Pistols and revolvers are mostly used, with a smaller percentage of hijackings involving high calibre guns, knives and even bare hands. Hijackers’ modus operandi typically includes the following methods:

Forced stop: Using vehicles to force the victim off the road.

The NHPA and Dialdirect provide the following tips to avoid becoming a victim:

Automatic gate: If possible, stop in the road, parallel to your gate, giving yourself an escape route. Once the gate is fully open, turn in and stop your vehicle just on the inside. Wait for it to close behind you before proceeding to park. You want to avoid being followed into your property, as a hijacking could turn into a house robbery.

Non-automatic gate: Stop right in front of the gate. Check if it’s safe before exiting your vehicle. Leave the key in the ignition and engine running; open and close the door so that, in the event of an attack, the perpetrator does not have to approach you to take the vehicle. Move as swiftly as you can.

Stop smart: Time your approach to traffic lights in such a way that you don’t have to come to a complete stop. When stopping behind a vehicle at a traffic light/stop sign, make sure you can see its rear tyres touch the road surface. This will make it more difficult to be boxed in and give you enough space to escape, if needed. Also move swiftly when picking up or dropping off passengers or goods.

Smash and grab: Keep your phone and other valuables out of sight. Thieves and hijackers often “window shop” before striking. Avoid driving with windows wide open.

Bump from behind: In the event of your vehicle being given a light bump from behind, do not exit immediately. If the bump wasn’t hard enough to damage your vehicle, and you feel that there might be a threat, indicate to the vehicle behind you to follow you to a place of safety (filling station, police station) to exchange information.

Car jamming: Perpetrators use jamming devices to interfere with the locking system of your vehicle with the intention to steal your valuables, or worse. When leaving your vehicle, make sure the doors are locked before walking away. When returning, lock the doors as soon as you’ve entered and don’t rely on the vehicle to lock automatically.