Give me bail or I can't collect disability grant, Senekal suspect tells court 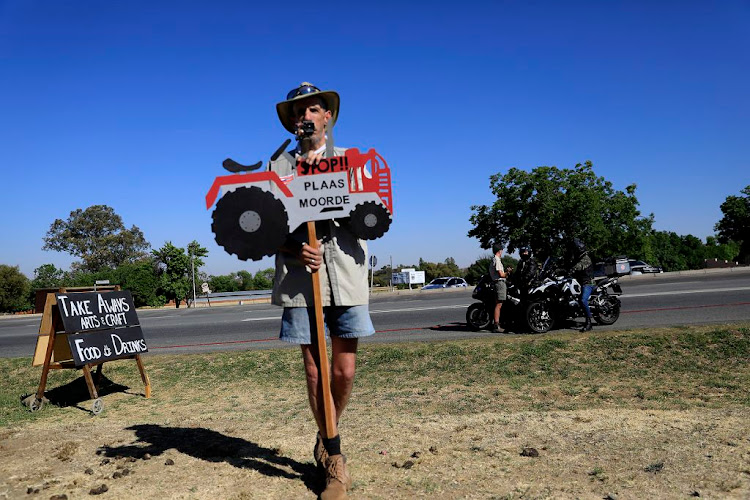 An investigating officer who took to the stand in the Senekal magistrate’s court in the bail application of the two men charged with killing farm manager Brendin Horner on Friday painted a grim image of how the victim was severely tortured before he died.

Capt Gerhardus Myburgh, who testified in the two suspects' bail bid, said Horner’s body was found on October 2 on the Free State farm where he worked.

Myburgh said Horner's corpse was found tied to a fence post and a rope was noosed around his neck. The 21-year-old farm manager was badly injured on the face.

“During the post-mortem it was found he had stab wounds on his head, shoulder, arm and hands. The post-mortem concluded all the injuries were sustained during the same attack. The cause of death was strangulation,” Myburgh told the court.

“He also had abrasion marks on his right thigh which indicated he was dragged on the gravel road,” he said.

Road blocks and tight security encompassed Senekal, in the Free State, on Friday before the appearance of two men alleged to have killed farm manager ...
News
1 year ago

Police had found Horner’s cap at the gate of farm where his body was found. On top of the cap was a knife.

“There were blood drops on the road, and where the deceased was found there was a large amount of blood. The vehicle of the deceased was later discovered on the Bethlehem road,” Myburgh testified.

Sekwetje Isaiah Mahlamba and Sekola Piet Matlaletsa are both asking for bail and have indicated they intend to plead not guilty to the murder and robbery of Horner.

Mahlamba, aged 32, had earlier taken to the stand and told the court he had no idea how he had been linked to Horner’s murder. He told the court that on the night Horner was killed, he had spent the entire evening in the company of his girlfriend.

The blood-stained clothes which were found in his home, he said, had been soiled when he slaughtered a sheep during a traditional ceremony held by a local in September.

Suspect will plead not guilty

Co-accused Matlaletsa, aged 44, opted not to take to the stand. Instead, he pleaded his case through an affidavit in which he decided to not touch on the merits of the case.

He said he intended to plead not guilty.

In his affidavit, he pleaded with the court to release him on bail of not more than R1,000. He said the state had circumstantial evidence against him and he did not believe it had a strong case.

He told the court he was not a flight risk, saying he had spent the last 21 years living in Paul Roux. He said he lived with the unemployed mother of his four children and he was the sole provider for the family.

Matlaletsa told the court he provided for the family through his disability grant. He said the family also lived off the social grant for three of his four children. The oldest child was 19 and the youngest was nine.

He admitted to the court that he has had his fair share of run-ins with the law. He has three previous convictions, two of which were for stock theft.

The third conviction was for buying a pig illegally.

He told the court it was imperative that he be released on bail as he would not be able to withdraw his social grant from behind bars.

When Myburgh took to the stand, he indicated Matlaletsa had lied about certain aspects of his life, including that his wife was unemployed.

Myburgh said Matlaletsa’s wife had given a statement in which she said she was employed at a local feeding scheme.

One person has been arrested after being found in possession of an illegal firearm at a roadblock just outside Senekal in the Free State on Friday ...
News
1 year ago

Lawyers for Senekal businessman Andre Pienaar have filed a notice of appeal to have their client released on bail.
News
1 year ago
Next Article