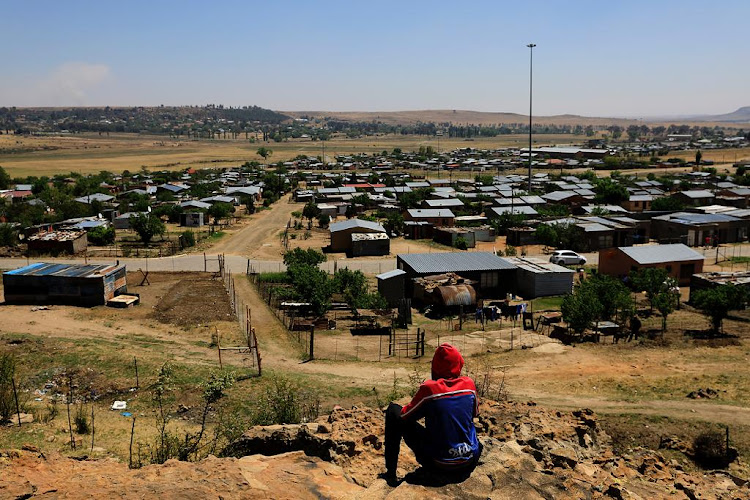 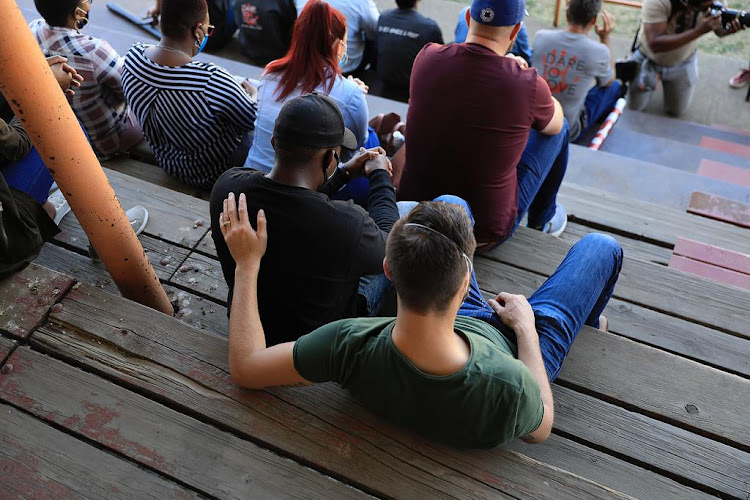 Road blocks and tight security encompassed Senekal, in the Free State, on Friday before the appearance of two men alleged to have killed farm manager Brendin Horner.

On the outskirts of the small farming town, police officers stopped and searched vehicles for weapons, ordering motorists out of cars as they did thorough checks.

Busses carrying EFF supporters clad in the party's red regalia were parked a short distance from the court.

While the EFF had maintained that Friday's demonstrations were to be peaceful, some of their members carried baseball bats, golf clubs and sticks and waved these in the air as they made their way up the street leading to the courthouse, singing songs in praise of their leader, Julius Malema.

Meanwhile, pockets of farmers, mostly in bakkies, were gathered in groups along the route towards the court.

A police helicopter hovered above the area while a police armoured vehicle made its way through to the area near the court.

The EFF have arrived in #Senekal. @TimesLIVE pic.twitter.com/Wdt4lT00tz

The EFF has erected a large stage outside the courthouse where Malema was later meant to address supporters.

A few metres from there, a vendor selling EFF regalia took advantage of the sea of red by putting his items on sale.

Suspects Sekwetje Isaiah Mahlamba and Sekola Piet Matlaletsa are due to appear in the Senekal magistrate's court on Friday morning.

The 21-year-old Horner was found beaten, strangled and tied to a pole on a wire fence about 100m from his family home, in the neighbouring town of Paul Roux, on October 2.

His murder has highlighted tensions over the high rate of stock thefts in the area.

On Thursday, the SA Human Rights Commission called for calm ahead of the second appearance of the two men arrested in connection with Horner's murder.

“With reports of the police being present in full-force and anecdotal threats of a willingness for violent confrontation coming from various sources, the SAHRC calls on all involved to exercise calm. The commission demands that the constitutional right to protest be exercised within the ambit of the constitution and the law. Thus all participants in protest action must exercise this right unarmed and peacefully,” the commission said in a statement.

The EFF is not going to Senekal for war but if the trip to the Free State town results in one then “so be it”, party leader Julius Malema has said.
News
3 months ago
Next Article