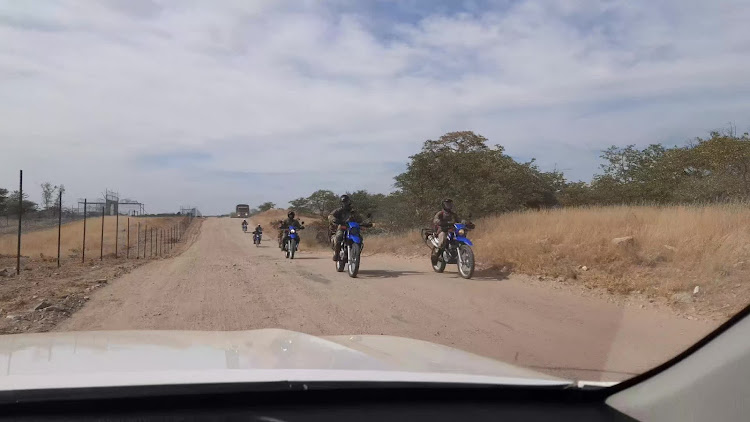 The department of public works wants to spend close to R5bn to rebuild large sections of the border fence with four neighbouring countries.

This is according to a presentation made by the department to parliament's public works and infrastructure portfolio committee on Wednesday.

The presentation shows how the department plans to build new fencing equipped with modern technology, including sensors and cameras, and backed up by drones, to help patrol the country's porous borders.

The department will undertake three projects to build the fencing on the borders between SA and neighbouring countries:

Public works minister Patricia de Lille has pledged to allow MPs to study her personal bank accounts to prove she is not corrupt and did not benefit ...
News
1 year ago

The total costs of the project are expected to grow as the department's figures are based on SA National Roads Agency estimates from two years ago.

According to the department's Malusi Ganiso, who was making the presentation, the figures also do not include the technology to be used as part of border patrols.

Addressing MPs, Ganiso said since 1994, SA had failed to look after its border.

He told the committee the department also needed to construct patrol roads along the fence for effective patrol of the borders.

“It will be useless to put in fencing without proper patrol roads. If there are no patrols, people will remove the fences,” he said.

Ganiso painted a dim picture of the state of the borderline, saying some parts did not even have fencing, leaving the country vulnerable.

“It's not looking good. We are not safe socially, politically and economically. In terms of war, we are fragile in a way that anything can come to SA. We can be bombed. We have nothing at the borderline,” said Ganiso.

The department was planning an integrated security system to secure the border which will allow a 30-minute reaction time to intruders and would be monitored by sensors, cameras and drones that could even detect intruders trying to sneak into the country via a river.

The department was criticised by MPs for presenting figures that could change drastically.

ANC MP Sharome van Schalkwyk said she was concerned the figures presented to the committee did not include the technology that would be used.

“We know that to make this thing efficient and effective, all those things must be included. Now we have to ask the presenter to do another cost projection. We need an updated cost projection so we can have a true reflection,” said Van Schalkwyk.

DA MP Madeleine Hicklin questioned the funding of the project.

The DA's Samantha Graham-Maré said: “I am concerned that this is very much a thumb suck and we are going to be horrified when the true costs of this project come through.”

As a food crisis looms in Zimbabwe, thousands of its people are illegally crossing the Beitbridge Border daily to purchase foodstuffs in the nearby ...
News
2 years ago
Next Article