'Coloured' teacher on fraud charge for saying he was 'African' 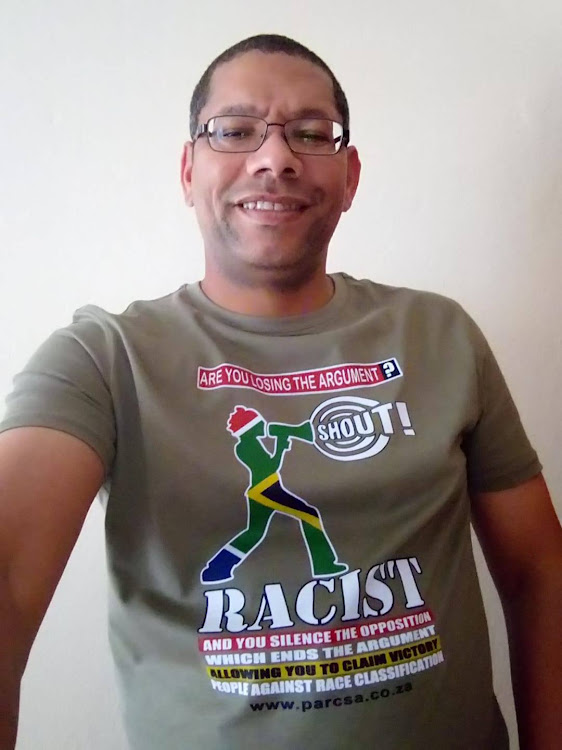 A Western Cape teacher has been summoned to a disciplinary hearing on Wednesday for claiming to be “African” in his CV, instead of sticking with his “official” coloured identity.

Glen Snyman, a teacher at Grootkraal Primary School in Oudtshoorn, allegedly self-identified as African when applying for a principal's job at another school in October 2017. He ultimately didn't get the job.

Snyman is an outspoken critic of race classification and founder of People Against Race Classification. He is particularly outspoken against the use of the term “coloured”, which he considers degrading.

Since 2010, Snyman has led a campaign against the government’s continued use of race categories — “black”, “coloured”, “Indian” and “White” — on official documentation, including job-application forms.

He also launched a petition which asked people to declare: “I don’t regard myself as a ‘Coloured’, ‘Black’, ‘Indian’, or ‘White’ person. I regard myself, first and foremost, as a South African.”

Snyman declined to comment this week, pointing out that his case was pending.

However, SowetanLIVE sister publication TimesLIVE is in possession of his Western Cape education department charge sheet, which reads: “You committed a common law offence, to wit fraud, by stating on your CV when applying for the principal post at Fezekile Secondary School that you are an African male, whereas in truth your records indicate that you are a coloured male and by doing so gain an advantage for purposes of being shortlisted.”

Provincial education department spokesperson Bronagh Hammond said the particulars of Snyman’s case were sub judice. However, she confirmed that the matter related to “providing fraudulent information on a CV”.

She said Snyman had no previous record of misconduct. 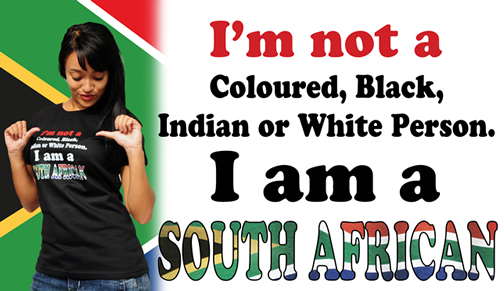 In terms of regulations, Snyman would need to request permission to change his race details on the provincial education department system.

“If any employee wants to amend an existing personnel record currently on the ... system (for example surname, gender, race, home address, etc), the request to update the record should be submitted to the Directorate: Service Benefits together with evidence that supports the requested change,” Hammond said. “Upon verification of the details, it may be amended on the system.”

It remains unclear what type of evidence would be needed to determine race classification.

Recent legal opinion on the matter has drawn attention to the Broad-Based Black Economic Empowerment Act, which makes provision for race category verification boards, while the constitution has recognised that the “colour-blind” approach to race may be detrimental to achieving the long-term goal of a nonracial society.

“This is a view that a 'colour-blind' approach to 'race' inevitably leads to turning a blind eye to racism and its consequences,” De Vos wrote in a recently published opinion.

Denise Coetsee, a senior project manager with compliance and transformation firm Serr Synergy, concurred that the courts viewed the matter in the context of reversing past injustice. However, she said there currently was no fixed set of rules for race classification, which is currently “largely based on the verbal confirmation of the person claiming to form part of a specific racial group”.

“A person’s “right” to classify him or herself may lead to abuse and could undermine the objectives of the B-BBEE Act,” Coetsee wrote in a blog post.

“The test for the classification of 'black people' in accordance with the B-BBEE Act should rather aim to exclude those people who were not disadvantaged by apartheid. This was the high court’s underlying rationale for including Chinese people in the definition of black people and may similarly be applied to any future court’s racial classifications,” Coetsee said.

This is according to Nelson Mandela Bay ANC regional task team leader Nceba Faku, who was speaking during a webinar hosted by the task team on ...
News
1 year ago

DA interim leader John Steenhuisen has written a letter to party delegates asking them to support the party’s resolution to embrace non-racialism.
News
1 year ago
Next Article