Union marches get under way 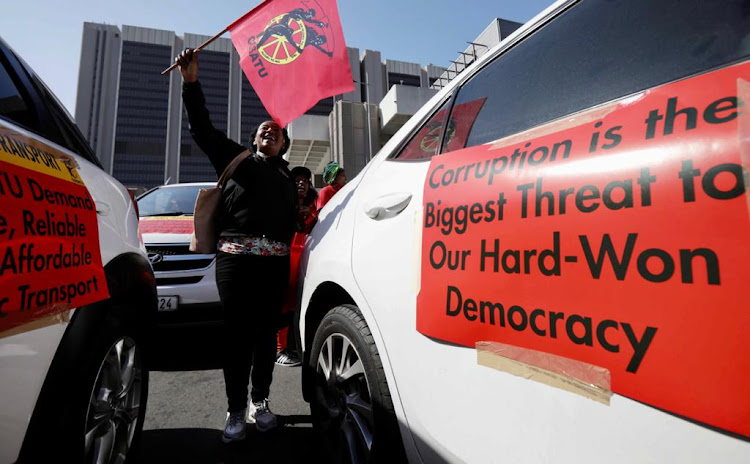 Lilian Ngoyi Street is awash in red as union members march from Burgers Park to the National Treasury in Pretoria.

A sizeable protest is also under way in Cape Town as marchers prepare to hand over a memorandum at the Western Cape legislature during the national day of action called by trade unions on Wednesday.

“Our female workers are suffering at their workplaces and due to violence in our society, and our government is riddled with  corruption reports every week. These are some of the things we want to talk about,” he said. 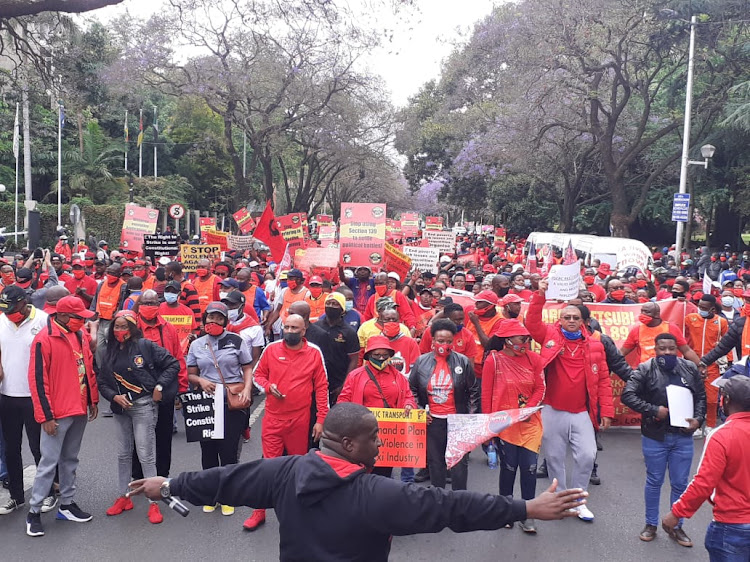 A sea of red as union members march in Pretoria.
Image: Shonisani Tshikalange/TimesLIVE

“We are going to the Treasury to highlight the problems. In all of this, they are telling municipalities not to give salary increases to employees.

“We want the department of employment and labour to mediate between the workers and government. The department is supposed to intervene when employers are eating the money of workers.”

The Pretoria protesters will submit the memorandum at the National Treasury and then head to the department of employment and labour.

The actions of staff who embarked on a strike in May 2018 were tantamount to a human rights violation as they denied a considerable number of ...
News
1 year ago

Teachers, nurses and doctors are expected to join one-day walkout

Services such as health care and education are expected to be disrupted on Wednesday as public sector workers down tools and stay at home to protest ...
News
1 year ago
Next Article