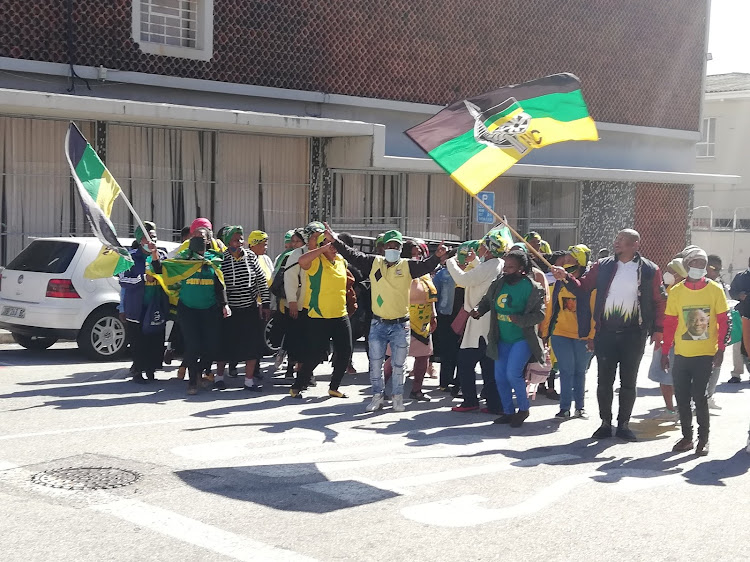 A group of ANC members who claim to represent 52 branches in Nelson Mandela Bay said they had decided to disband the regional task team led by Nceba Faku.

This came a day after  ANC regional co-ordinator Luyolo Nqakula gave Andile Lungisa 72 hours to resign as a councillor and to step down as a branch task team member of the Ward 2 branch.

On Monday,  a group of protesters gathered outside the ANC’s regional headquarters, Florence Matomela House, and said they had appointed a new regional task team made of youths, women and people of other racial groups to reflect the demographic of the metro.

The group’s leader, Nick Nama, said the gathering was not about factions but rooting out corruption and replacing an ineffective regional task team.

A member of SAPS tells the group to disperse as the number exceeds that of the disaster act. Feni tells the office they will break into 2 groups and observe social distancing pic.twitter.com/QabbVYUh4d

“We’ve written so many letters to the provincial and national executive committee and we’ve received no response.

“You must support and endorse this new leadership because from now on you will receive communication from them,” Nama said.

ANC supporters were dropped off at the regional office in several taxis sporting ANC regalia.

Pointing to the regional office, Nama said the new regional task team would operate from there because there was only one ANC in the metro.

Nama said members of the ANC were being purged by the regional task team on a daily basis and this would stop.

In a letter to Lungisa on Sunday, the Bay regional task team wrote that it was seeking the go-ahead from the party’s Eastern Cape bosses to temporarily suspend his membership of the ANC

Police told the protesters to disperse because they were flouting the Disaster Management Act as they were more than 50 in number.

ANC councillor Makhi Feni told the police the protesters  would divide themselves into two groups, which they subsequently did.