'He messed with the wrong family': Kwasa Zozo's killer must never be free, says relative 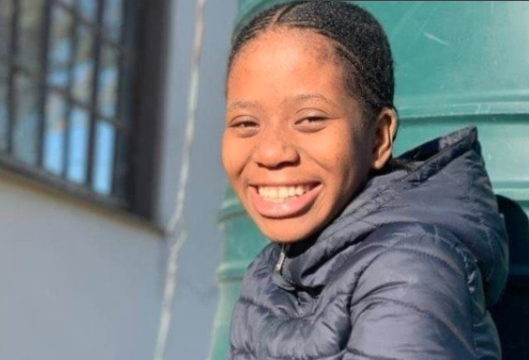 The man responsible for murdering Asithandile “Kwasa” Zozo must be sentenced to life imprisonment without the possibility of parole.

This was the call by marchers, clad in black and carrying placards, who gathered outside the court in Dutywa in the Eastern Cape on Thursday morning.

The 20-year-old was stabbed to death in the Eastern Cape on Monday. Her alleged killer was admitted to Butterworth Hospital after he allegedly overdosed on tablets. Provincial police spokesperson Brig Tembinkosi Kinana said the suspect was discharged from hospital on Wednesday. He was charged with murder.

He briefly appeared in court on Thursday morning. The matter was postponed to August 26 for further investigation.

“There must be no bail, he must face the music. He must be sentenced to life without parole,” one of the organisers of the march, Khaya Sodlala, told TimesLIVE.

A relative of Zozo's, Sinesipho Mniki, told TimesLIVE they were devastated.

“We won’t let our sister’s spirit be a sacrifice. We need to break the silence and stand up and fight.

“The perpetrator messed with the wrong family this time, we won’t stand for it.”

Mniki, who was also at the march, said Zozo was instrumental in organising protests in Dutywa after the killing of University of Cape Town student Uyinene Mrwetyana, who also hailed from the Eastern Cape, a year ago.

Mrwetyana was 19 when she was killed by post office worker Luyanda Botha, who received three life sentences.

“Kwasa was a young, brilliant woman who had goals and dreams. She was an activist and a future leader of our country,” said Mniki.

“She would encourage young people and had a lot of capacity to do a lot of things.”

Sodlala spoke of the leadership qualities of the first-year student, saying the community was reeling at the fatal stabbing attack on Zozo, in front of her 10-year-old sister and a cousin.

“She was a brilliant girl, a future leader. She was brilliant in debates and very creative.

“That man [the suspect] has failed us, because men are not supposed to kill and abuse women. We have no ownership of women just because we are in relationships with them,” he said.

* TimesLIVE previously referred to the victim as Asithandile “Kwasa” Zozo Lugalo. We have since been advised that Lugalo is her mother's maiden surname. The slain student's surname is Zozo.

Asithandile Zozo was 19 years old, a first-year student at Wits University from Dutywa in the Eastern Cape. She had been in a relationship with a ...
Opinion
1 year ago

Miss Universe Zozibini Tunzi has expressed her grief over the death of Asithandile “Kwasa” Zozo on Monday, revealing that the Wits University student ...
News
1 year ago

A 19-year-old Wits University student was stabbed to death on Monday afternoon, allegedly by her former lover.
News
1 year ago
Next Article