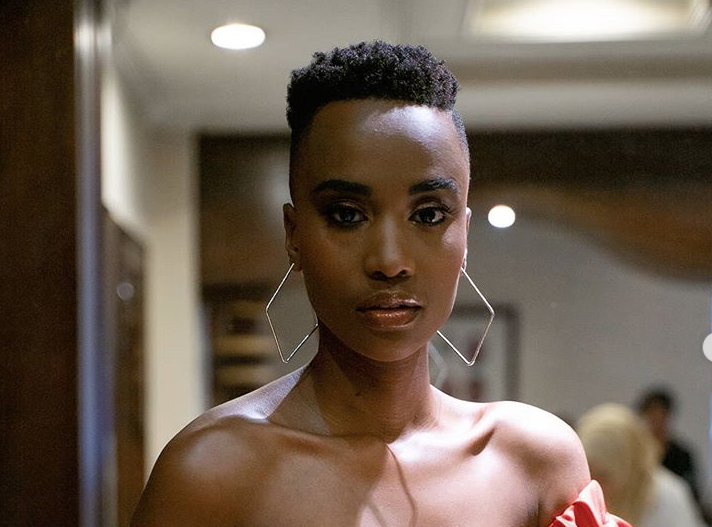 Miss Universe Zozibini Tunzi has expressed her grief over the death of Asithandile “Kwasa” Zozo on Monday, revealing that the Wits University student was her little sister's friend.

TimesLIVE reports that an Eastern Cape man tried to take his own life after allegedly stabbing Kwasa and is under police guard at Butterworth hospital in the Eastern Cape, until he is discharged and charged with murder.

“It is alleged that the suspect was seen chasing [the victim] at the flat [in Butterworth] where she was residing. It's also alleged the suspect stabbed her and she died at the scene on Monday,” provincial police spokesperson captain Khaya Tonjeni said.

Kwasa's death sparked outrage on social media, with the hashtags #RIPKwasa and #JusticeForKwasa both trending on Twitter.

Zozibini revealed that Kwasa's death was a personal pain for her and her family, saying she was a “beautiful joy” to the family.

“My little sister's friend, a beautiful joy to me and my family. She was stabbed to death by a boy because she didn't want him. I don't even know what to say. Ngxesi Malebomvu ntombi encinci. Uphumle ngoxolo,” she wrote, alongside pictures of Kwasa.

My little sister's friend, a beautiful joy to me and my family. She was stabbed to death by a boy because she didn't want him. I don't even know what to say. Ngxesi Malebomvu ntombi encinci. Uphumle ngoxolo❤#JusticeForKwasa #RIPKwasa pic.twitter.com/Ys1aFdwpJv

Actress Ayanda Borotho said she was “gutted and defeated” by the news of Kwasa's death and called for justice to be served.

“This time I'm not saying her name. I want to say his name! Over and over and over until everyone knows what he did and until justice is served! My daughter told me about this, I see my own daughters through this soul. God help us! I am so drained”.

She called gender-based violence, “the biggest genocide in history”.

“For as long as nothing is of consequence for these men, they will continue killing us. This is the biggest genocide in history!”