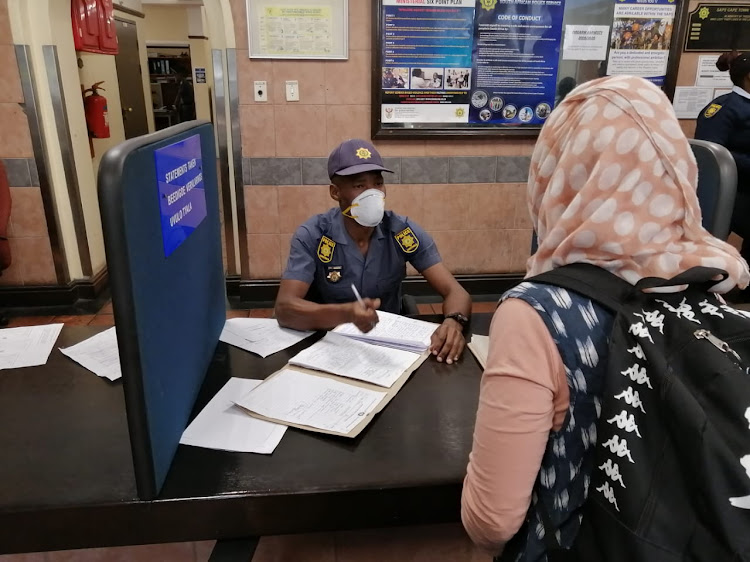 The Delft police station topped the list with 265 murder cases reported between April 2019 and March 2020, a 7.3% increase compared to the previous year when 247 cases were recorded.
Image: Aron Hyman

Of the top 10 police stations with the most murders in the country, six are in the Western Cape.

This was revealed when the country's annual crime statistics were released on Friday.

Delft police station topped the list with 265 murder cases reported between April 2019 and March 2020, a 7,3% increase on the previous year when 247 cases were recorded.

It was followed by Khayelitsha with 251. Most of the stations in the top 10 in the Western Cape reported an increase in the number of murders.

Police minister Bheki Cele on Friday hailed a 36% drop in the number of murders  recorded at the Nyanga (185) police station in Cape Town.

Nyanga (with 289 killings last year) then recorded the most murders in the country followed by Delft and Khayelitsha.

Andrew Faull, senior researcher in the justice and violence prevention programme at the Institute for Security Studies, however, pointed out that the new stats for Nyanga were not in fact representative of a decline in the murder rate for the area.

“The 36% decline in the number of murders in Nyanga is not a real decline. This is a result of the opening of the Samora Machel police station, and if you add their numbers together, the two combined still come out at the top,” he said.

Other police stations recording murders in the province included:

Western Cape police seized 10 firearms in Cape Town on Tuesday, half of them after a three-year-old girl died in a shooting incident
News
1 year ago

Police crack down on rape, murder and hijacking in Nyanga

Western Cape police are cracking down on crime in Browns Farm, Nyanga, one of the most dangerous precincts in SA.
News
1 year ago
Next Article