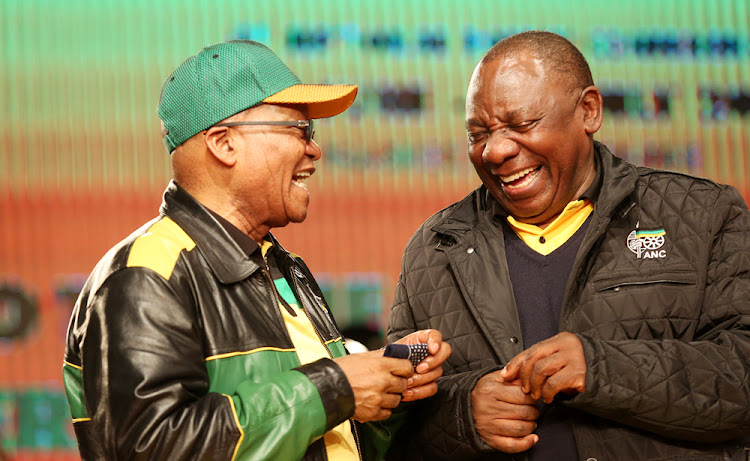 COPE is demanding that President Cyril Ramaphosa take responsibility for state capture and corruption that allegedly set in during his tenure as deputy president.

This follows revelations that the ANC top six at the time failed to act against widespread corruption at the Passenger Rail Association of SA (Prasa).

Former Prasa board chair Popo Molefe on Monday told the Zondo commission of inquiry into state capture that he tipped off the governing party’s top leaders about corruption but claimed that the ANC did nothing about it.

Among the things Molefe claimed to have reported was how the Prasa board had picked up corruption in a tender process for the Braamfontein depot modernisation, which amounted to R2bn.

COPE spokesperson Dennis Bloem said the party was not surprised that Ramaphosa was present in that meeting.

According to COPE, the blame for corruption during  Zuma's tenure could not be laid on the former president alone. The party called on Ramaphosa to take responsibility for his role.

“Cyril Ramaphosa and Gwede Mantashe were protecting Zuma with their lives. The only way Ramaphosa can clear his name and save his integrity is to be brave enough and equally take responsibility for the state capture and corruption and stop putting all the blame on Zuma,” Bloem said.

He added that it was difficult to believe that the ANC, under the leadership of Ramaphosa, would get rid of corruption.

Former Prasa board chair Popo Molefe has likened the tenure of former president Jacob Zuma at the Union Buildings to that of Donald Trump now at the ...
News
1 year ago

Former Prasa chairperson Popo Molefe has accused the ANC top six - whose term of office ended in Nasrec in December 2017 - of failing to act against ...
News
1 year ago
Next Article