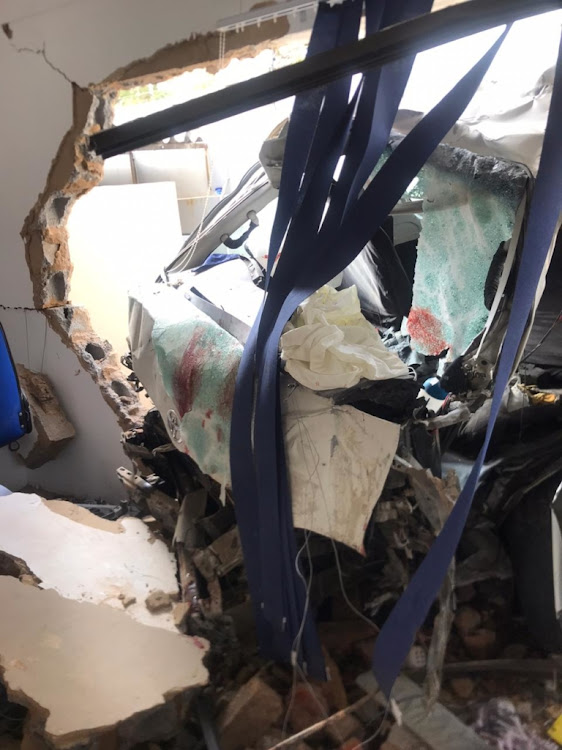 Eight people were injured, two seriously, when a taxi crashed into the wall of a home in Linden, Johannesburg.
Image: ER24

A woman had to be airlifted to hospital in a critical condition on Thursday after a taxi crashed into the wall of a residence in Linden, Johannesburg, paramedics said.

Several people were injured in the crash at about 8am. A second person was also in a critical condition, with six others requiring treatment, said ER24.

The accident took place at the 1st Street and 4th Avenue intersection in Linden.

The taxi crashed through the residence's wall and had come to a stop against the home, said ER24.

“Several patients were found scattered around or in the vehicle. Two women, believed to be in their 40s, had numerous injuries and were critical. Six other people were found with minor to moderate injuries.”

Medics treated the patients and provided the two critically injured with advanced life interventions before one patient was airlifted by a private medical helicopter to a nearby hospital.

The remaining patients were transported by ambulances to various hospitals.

Local authorities were on the scene for further investigations, said ER24's Russel Meiring.

At least six people are believed to have been killed and several others critically injured after a truck ploughed into pedestrians in Jozini, ...
News
1 year ago

The transport department has painted a grim picture of the state of the transport industry, which has seen state entities severely impacted by ...
News
1 year ago
Next Article