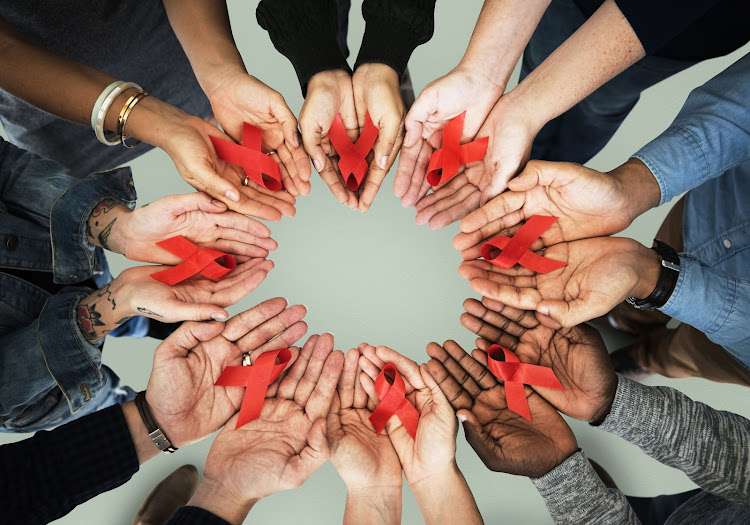 Having HIV or TB contributes less to one's chances of dying of Covid-19 than being over 50 or having diabetes or high blood pressure, new data has revealed.
Image: Picture: 123RF/RAW PIXEL

Having diabetes or being older than 50 are far deadlier than HIV and TB in a person who contracts Covid-19.

This was revealed by brand new data based on statistics from the Western Cape. The data was described by an analyst as “revolutionary”.

This is the first ever public data on Covid-19 death-risk posed by HIV and TB from a large enough sample.

Yet, if you have HIV, it only increases your chances of dying by 2.75 times, and with TB it’s less than 2.6 times riskier (or only 1.4 times riskier for death if you’ve had it in the past rather than the present).

A 45-year-old woman has died in what is  the first death related to Covid-19 in Mpumalanga province Provincial department of health said the ...
News
1 year ago

How should South Africans use Covid-19 crisis as a vehicle to restructure the economy to benefit black people?
News
1 year ago

University of Cape Town associate professor Mary-Ann Davies, a public health specialist in the Western Cape health department, presented the findings during a webinar hosted by the Bhekisisa Centre for Health Journalism on Tuesday.

“This is key information. We wanted to know in our population with its particular health profile who would be at highest risk of poor outcomes with Covid-19,” she said.

“We might have expected that effect of HIV and TB to be really large, but it is actually fairly low.”

She said it was already known that that older people were more vulnerable, along with people who had comorbidities like diabetes. But for HIV and TB there was “not much data on whether these increase your risk of poor outcomes with Covid-19” other than from countries with exponentially lower rates of HIV and TB prevalence.

Davies and the team collated information from 3.5 million patients in the public health system in the Western Cape from the past three years and looked at associated factors.

Putting together data from individual patients, the team accessed data on each patient from a wide range of facilities including but not limited to emergency units, primary health facilities, pharmacies and laboratories.

The data, just as across the globe, showed that “men and people who are older are more likely to die from Covid-19 than others”. It was also known that comorbidities like diabetes (especially uncontrolled), high blood pressure and chronic kidney disease were also major risk factors for poor Covid-19 outcomes.

But now, the new data has shown that people with TB are actually at a smaller increased risk of death than the other comorbidities.

If you took 100 people who died of Covid-19 in the Western Cape, says Davies, you’d find that the “overwhelming majority” had diabetes.

Prof Francois Venter, deputy executive director of the Wits Reproductive Health and HIV Institute at the University of the Witwatersrand, described the data as “revolutionary” and said that it has “huge implications for how we respond to Covid-19”.

He said HIV management in South Africa over the past few years had been a “success story” which had seen the disease dropping from first place to sixth place on the list of what is killing South Africans, but added that it was “very dispiriting” to see how the Covid-19 pandemic had proved a major setback.

“I am seeing a huge number of case reports from colleagues on the frontline saying that HIV patients are not picking up their prescriptions now and that is a catastrophe for the HIV response programme,” said Venter.

The reasons given were that people were afraid of getting sick - and of being arrested if they had Covid-19 and didn’t isolate themselves.

“We need to anticipate huge problems in the next six to nine months of deaths from HIV and TB,” he said.

According to Prof Gavin Churchyard of health organisation The Aurum Institute, the data collated by the Western Cape department of health “is amazing and will help shape policy going forward”.

He said many people could not access diagnostics and treatment for TB during lockdown, and it was therefore likely that undetected cases were spreading in communities.

He described the response to Covid-19 as “both beneficial and harmful to the control of TB”.

While “social distancing and isolation” had helped prevent the transmission of TB, Covid-19 had also “interrupted diagnostics and treatment”. Ultimately, its “overall effect” had been harmful, he said.

Two staff members who work at the Gauteng command centre have tested positive for Covid-19.
News
1 year ago

South Africa on Monday night reached a grim milestone as the country battles to contain the coronavirus: more than 1,000 people have now died from ...
News
1 year ago
Next Article