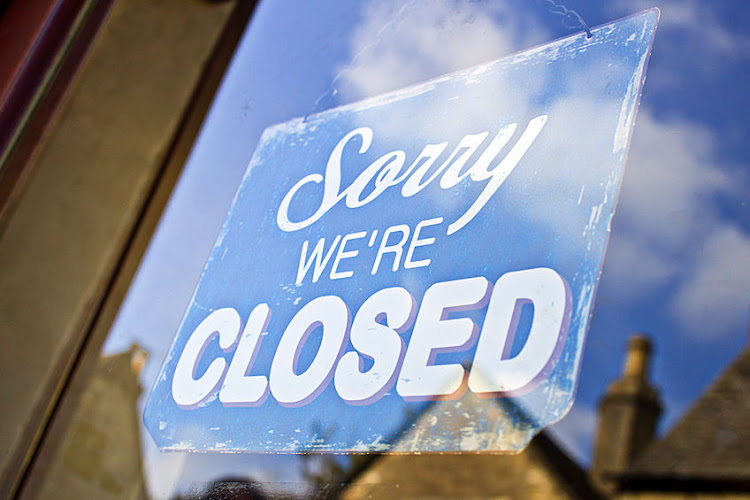 Stats SA conducted the survey between April 13 and 21, asking companies how the pandemic was affecting their operations.

“The survey showed that nine in 10 (90%) responding businesses’ turnover was lower than their normal expected range, up from 85% in the first survey,” Stats SA said in a statement.

Just over one-third (36%) of firms indicated that they were laying off staff in the short term as a measure to cope.

The survey also revealed that almost one in 10 (9%) businesses indicated having permanently ceased operations.

The FF Plus says will make an urgent application to the high court to challenge the validity of the National Disaster Management Act.
News
2 years ago

The industries with the highest percentage of firms permanently closing their doors include construction (14%), community, social and personal services (12%); and agriculture, hunting, forestry and fishing (12%).

“When asked if they would operate during the level 4 lockdown, 56% of responding businesses indicated that they would continue to do business,” said Stats SA.

Only 7% could survive for longer than three months, the survey showed.

The first impact survey covered the period March 30 to April 13 2020, and the results were published on April 21.

The number of responses for the second round was larger, covering 2,182 businesses compared with the first survey’s tally of 707 businesses. The scope for the second survey was also expanded to include the agriculture and hunting sectors.

Meanwhile, the National Small Business Chamber (NSBC) said the government's announcement of a move from level 4 to level 3 of the lockdown was too little, too late for small businesses.

'Relax the regulations': small businesses in fight for survival

The Legal Resources Centre (LRC) is challenging a decision by the City of Cape Town to prohibit informal traders operating during the lockdown.
News
2 years ago

“You cannot improve the health and wellbeing of a nation by making your country poorer, this has never been achieved by any country. The threat to small businesses and the livelihoods because of job losses in this sector and increased poverty is far greater than the threat to lives as result of anything else,” said Mike Anderson, NSBC founder and CEO.

The NSBC said a continued lockdown was not in the best interests of the small business sector or the economy. Small businesses needed more direction and assurance so that they could plan and prepare, the chamber said.

“The recently launched Covid -19 small business relief and recovery centre, powered by the NSBC is to help small businesses by doing whatever we can to take their pain away during this crisis and then to bring them back way after the pandemic has subsided,” Anderson said.

“This could be years,” he said. “Small businesses are vital economic engines. A flourishing small business sector is the future of job creation. We have to ensure that we bridge businesses through these trying times. Our goal is to make sure businesses stay in business and that we keep workers employed,” he added.

“Our plea to the mercurial job creators within the small business sector throughout the nation is to hang in there. You are resilient and courageous and you must believe that you will triumph and come out stronger.”