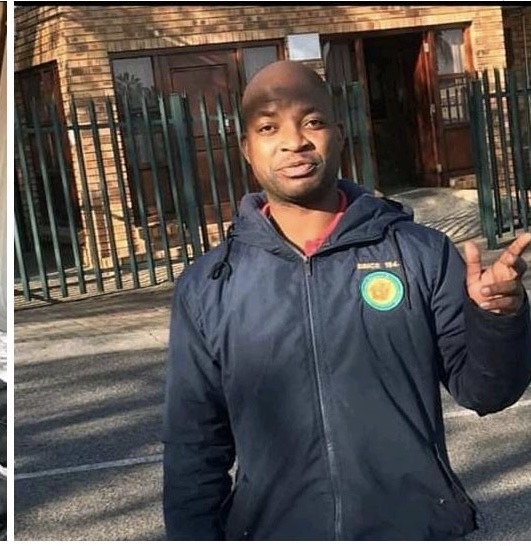 ANC councilor, Musawenkosi Masina from ward 2, at the Steve Local municipality have been suspended from the ANC and the municipality after he was found to allegedly sold illegal trading permits to businesses.
Image: SUPPLIED

The ANC in Mpumalanga have terminated the membership of its councillor arrested in connection with selling fake trading permits to foreign shop owners during the lockdown.

Musawenkosi “Chippy” Masina, the ward 2 councillor in the Steve Tshwete local municipality in Middelburg, was arrested on April 10. The arrest came just a day after he was warned by municipal officials who discovered during inspection on April 9 that he had issued a fraudulent permit to a shop owner, after the relaxation of regulations on grocery shops.

He was arrested and released on a warning for further investigation. The following day, on Good Friday, he was arrested again in Hendrina for the selling more fake permits to traders.

It's a picture that has captured many South Africans' attention.
News
1 year ago

On Tuesday  Masina was released on R3,000 bail in the  Hendrina magistrate's court. His case was postponed to June 17 to allow further police investigations. Initial investigations to date link him to the selling of permits to local and foreign shop owners for R300 to R1,000 per permit.

He faces charges of contravention of the disaster management act 2002, amended regulation issued in terms of section 27(2).  The ANC in the province has since suspended Masina, acording to the statement issued by its acting secretary, Lindiwe Ntshalintshali.

“The ANC in Mpumalanga met as officials and also interacted with the national officials on information that councillor Musawenkosi “Cheppy” Masina who was arrested on allegations of issuing of illegal permits in contravention of disaster management of 2002. As the ANC we have taken a decision of summarily suspend his membership of the ANC and he can no longer participate in ANC activities,”the statement by Ntshalintshali said.

Masina was also suspended from the Steve Tshwete local municipality as a councillor pending his appearance to the ethics committee when the lockdown ends.