Mmusi Maimane vs John Steenhuisen: A wrap of the drama 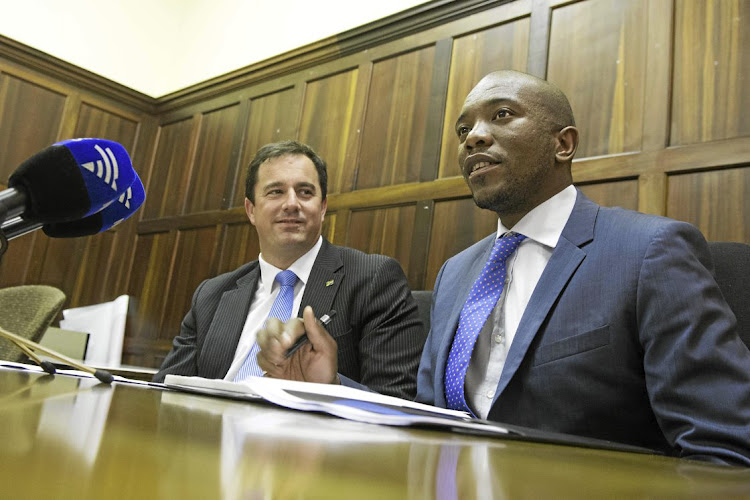 Former DA leader Mmusi Maimane let South Africans in on his and John Steenhuisen's strained relationship at the weekend by calling him “Judas” and warning him not to mention his name, as that “won't end well for him”.

Here's a wrap of what went down:

Steenhuisen says Maimane focused too much on the ANC

DA interim leader John Steenhuisen told EWN that, unlike Maimane, he seeks to focus on finding workable solutions that will propel SA forward and not on bashing the ruling ANC.

Steenhuisen reportedly said this at the weekend during his “Real state of the nation” tour in Durban.

Maimane said the DA was not the only organisation that criticised the ANC during former president Jacob Zuma's tenure and that Steenhuisen, his former chief whip, supported the approach.

The previous administration was dismal.
All opposition parties were critical of the ANC under Zuma.

A key element of being leader of the opposition is to show the deficiencies in the ruling party.

Judas Steenhusien was in full agreement with our approach. https://t.co/nMNlV11tUN

Steenhuisen voiced the same opinion during a question-and-answer session at the DA's headquarters at Nkululeko House, Johannesburg, on Thursday.

He said the public was justified in criticising the DA for pointing fingers instead of finding solutions to the country's problems.

Maimane called Steenhuisen “Judas” and said he should “keep my name out of his mouth” and “focus on your work”.

Someone should tell Judas Steenhusien to keep my name out of his mouth.

It won’t end well for him. Just focus on your work and I will focus on my work.

Maimane also warned people not to mistake his “kindness for weakness”, before saying he was done with the opposition. “I have no focus on the DA and its current formation. I'm focused on building an activist movement for all South Africans.”

Steenhuisen has not publicly responded to Maimane.

I have no focus on the DA and it’s current formation. I am focused on building an activist movement for all South Africans.

We have classrooms to fix, jobs to create, justice to achieve and reforms to make. I am fully focused on this work.

But let’s respect each other.