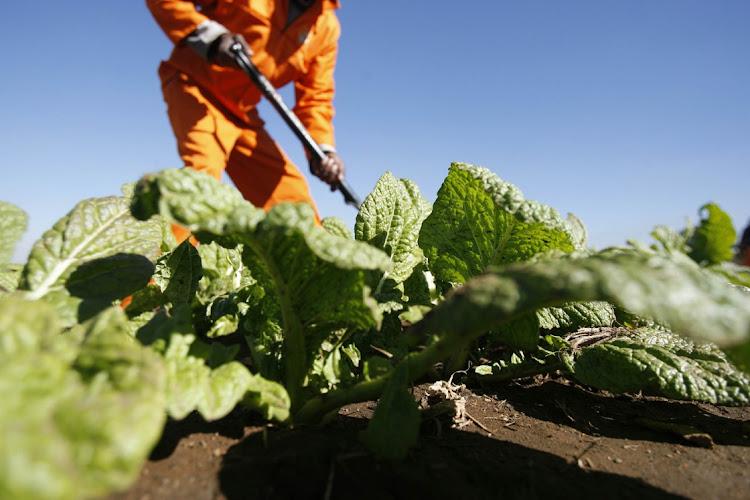 In 2017, the department of co-operative governance and traditional affairs (Cogta) was well aware of allegations concerning its R4bn-a-year Community Work Programme (CWP).

It allegedly turned to the State Security Agency (SSA) for help; not to investigate those implicated in wrongdoing, but a journalist who was asking uncomfortable questions.

This detail emerged from a secretly-recorded meeting with George Seitisho, who at the time was Cogta’s acting deputy director-general in charge of the CWP.

Seitisho called a group of government contractors, known as “implementing agents”, to a meeting in 2017. Although he asked everyone present to remove the batteries from their cellphones to prevent anyone from “listening in”, a recording of the meeting survived thanks to a Dictaphone accidentally left recording.

“Colleagues ... what I find to be very uncomfortable [is] when I discuss issues with [implementing agents] — or they phone me or they send me e-mails and ask questions — and then we receive the same questions from amaBhungane,” Seitisho is heard saying.

Earlier in 2017, a journalist in amaBhungane’s fellowship programme had questioned Cogta about delays in awarding the CWP’s new three-year contracts. The questions were innocuous but apparently hit a nerve inside Cogta.

“[I]f it is to be found that some of you have colluded with journalists on what are contractual matters between us and yourselves ... I think you are aware that government is going to take some dim view,” Seitisho warned.

“In fact, I needed to inform you that ... we have had to submit those questions to the State Security Agency together with the e-mails that we got from some [implementing agents], because there is a relationship and a correlation to those e-mails and the questions that we get from the media,” he said, glossing over the obvious abuse of using the intelligence services to investigate contractors and journalists simply for raising questions.

He ended with another warning: “Don’t try and put pressure on us through the media, it’s not going to work. We just joined Donald Trump, it’s fake news.”

Cogta did not respond to written questions or repeated phone calls.

This is not the first time the SSA has been tapped to investigate journalists.

In 2018, the chair of the National Lotteries Commission, Alfred Nevhutanda, said he had asked the SSA to investigate how information about Lotto beneficiaries got to journalists.

In 2015, Deputy President David Mabuza, then Mpumalanga premier, caused an outcry when he said at a press conference that the SSA provided him with briefings on journalists. The SSA confirmed briefing Mabuza.

Last year, amaBhungane took several government departments to court to challenge provisions of the Regulation of Interception of Communication Act, which allows the state to spy on citizens’ phones and e-mails with little oversight.

The court agreed and declared parts of the act unconstitutional.

The case now moves to the Constitutional Court on February 25 for a final decision.

The amaBhungane Centre for Investigative Journalism, an independent non-profit, produced this story. Like it? Be an amaB Supporter to help us do more. Sign up for our newsletter to get more.