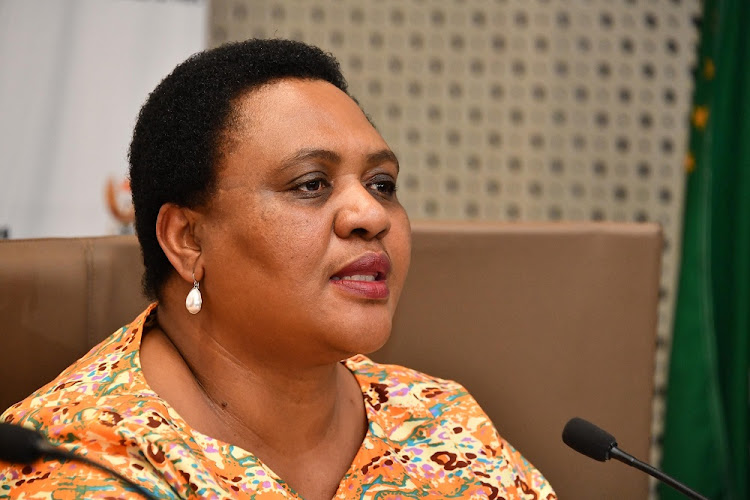 As public hearings on the amendment of section 25 of the constitution to provide for expropriation without compensation are ongoing, the ANC will this year go on a drive to encourage successful land claimants to retain their land and not opt for money.

This will be done by showing claimants that land is in fact a long term investment that could be worth a lot more than money they would generally get.

Claimants have an option to either get paid immediately, retain the land or be given alternative land where the original one is not available, they usually they opt for money.

The ANC, during its national executive committee meeting and lekgotla over the weekend, agreed that “concerted efforts” must be made to convince land claimants to keep their land.

Minister of land reform and ANC NEC member Thoko Didiza said that they had instances where after opting for financial compensation, claimants later regret the decision.

Thoko Didiza briefed media on land reform and policies that have been adopted or rejected by government.
News
2 years ago

“There are instances where in rural and peri-urban areas where you do have land availability where you’ll then find that claimants would want financial compensation and later on when developments are starting to happen with those that have chosen land they then come back and want another share,” said Didiza.

“We have seen that happening in a number of instances, that is why we are saying as we negotiate on the options that people want to take in terms of settlements, we will try and reflect and explain why is it necessary to actually acquire land as a long term investment for themselves.”

The ANC agreed at its meeting that there should an improvement on the support offered to successful land claimants to ensure that the land is being used adequately.

This would be done, especially with black emerging farmers, by prioritising training as well as access to funding through blended funding which incorporates both grant and loan.

“In the lekgotla we actually said that we will have a concerted effort to support those individuals in terms of production, those that have taken agricultural land, to ensure that the land can be put to use,” said Didiza.

The ANC said that they would also look into expropriation of land in the urban areas to deracialise towns and cities.

“[In order to] transform apartheid spatial patterns through measures such as the expropriation of well-located urban land and the targeting of derelict buildings in cities and town,” said the party’s spokesperson Ace Magashule.

He also said they called on South African to participate in the ongoing public hearings on the amendment of section 25 of the constitution and that they would also make their policy on the land question clearer.

President Cyril Ramaphosa and almost the entire cabinet received the Springboks to the Union Buildings in Pretoria on Thursday morning.
Sport
2 years ago

Thoko Didiza sorry for farmer's 17-year wait to get land

Minister Thoko Didiza has, on behalf of government, issued an apology to Limpopo farmer David Rakgase who struggled for more than 17 years to buy ...
News
2 years ago

SA's emerging black farmers are set to benefit from a multibillion-rand fund that businessman Patrice Motsepe wants to establish.
News
2 years ago
Next Article