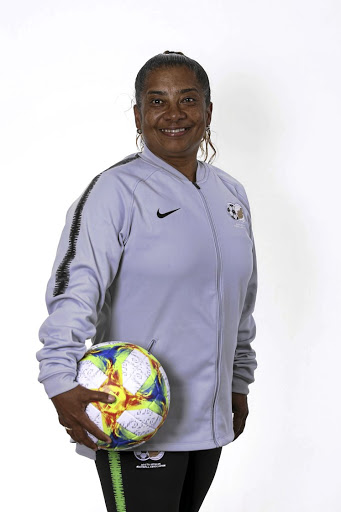 Banyana coach Desiree Ellis's only love is soccer, while her kids are her players. /Andreas Rentz / Getty Images

Banyana Banyana coach Desiree Ellis has come from nothing to become a pathfinder in South African football and women's football in particular.

Born in Salt River in Cape Town in 1963, the former Banyana captain and now coach did not imagine that she would make a career out of football. "It was just not imaginable in those days because professional women's football was non-existent," Ellis told Sowetan.

"As a young girl I was interested in studying law. Due to financial reasons I was not able to pursue it as a career. I did not think I would be in a position to have a career and make a living from the game."

Ellis recalls how she developed passion for football while growing up in her home town.

"I used to play football in the streets with boys. I was just drawn to the game for some reason. I always looked forward to playing on the streets. If I wasn't in the house, my mother knew she would find me at the street match," she said.

Ellis grew up with her three sisters Carmelita (who lives in Australia), Erna (who passed away in 2010) and Bethina, and brother Basir.

The matriarch of the family, Natalie, and their father Ernest were working parents who did everything to care for their five kids. Ernest passed away in 1988.

Ellis attended school at Salt River High School but her family later relocated to Hanover Park as the family outgrew the cramped home.

As the children grew older, it was time that they each found their way in life, especially with a single mother. "It was not easy because my mother was raising us all by herself after my dad died. As kids we knew we had to see how we can contribute and ease the burden from our mom," she said. 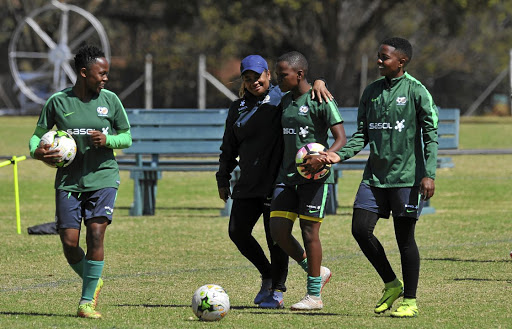 Desiree Ellis with some of Banyana Banyana players during a training session at Marks Park in Johannesburg last year.
Image: Sydney Mahlangu

In her 20s, Ellis was unemployed and survived on odd jobs while playing for Spurs Ladies. "After finishing school I found some work here and there but it was not easy. I worked at a butchery just before Banyana was formed. I was fired from that job because I was juggling work at the butchery and playing football. It was my only source of income because we didn't earn much playing for the national team. I was also doing a balancing act as I was also playing for Spurs."

When Banyana played their first official game in 1993 against Swaziland (14-0 win), Ellis was already 30 years old. She went on to play for the team until she reached 40 before hanging up her boots in the early 2000s.

After retirement, she continued with her passion for the game and started coaching courses. She was also a regular football analyst on TV. She went on to become an ambassador for 2010 Fifa World Cup.

She also dabbled in coaching in the Sasol Women's League before she got her big break at Banyana where she was appointed interim coach after Vera Pauw resigned in 2016. The rest, as they say, is history. The Banyana mentor has a work ethic that has become legendary among his colleagues at Safa House.

Late nights and early mornings, are the order of the day for Ellis, who has been at the helm of Banyana since. 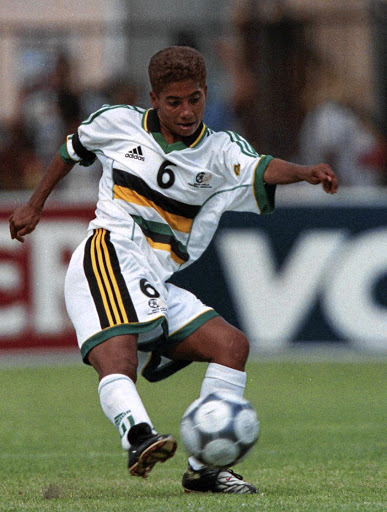 Desiree during her playing days for Banyana Banyana.

"I pride myself in the long hours I put into my work. I have dedicated my entire life to football and wouldn't have it any other way," she said.

Last year, she guided Banyana to their first-ever Fifa World Cup appearance in France. That qualification will remain the biggest highlight of her career.

In 2018, she guided the team to runners-up in the Africa Women Cup of Nations.

For her efforts, she was recognised recently at the CAF Awards as the best women's coach - her second consecutive win. "It's rare to win it for a second time, so that's what makes it special. It was just overwhelming to get recognised again. It is through the effort of my players that I was able to win, the award belongs to them."

Ellis's success has come with many sacrifices along the way. At 56, Ellis has not known a greater love than football. It's an intense love affair that has even seen her forgo marriage and having a family of her own. "I do not have a biological child but the players have become my kids. That is the sacrifice. Coaching has taught me to care about the people I am working with. Sometimes you have to be stern but you have to care and have compassion." 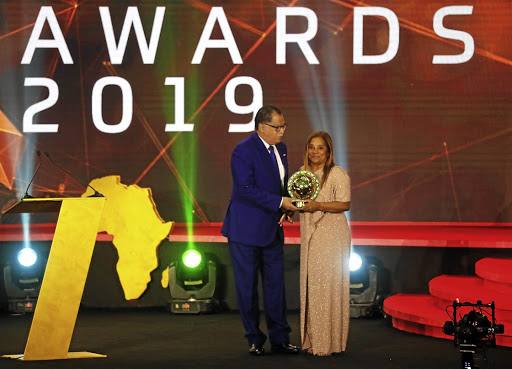 When she is not coaching, the avid Manchester United fan is relaxing at home watching movies and cooking. "My favourite dish is anything with chicken but I also love sea food. My favourite movie of all time is Pretty Woman, which stars Julia Roberts. I have probably watched it more than 10 times," she chuckled.

Coaching can be a stressful job and to relief stress, she listens to gospel music and some old school kwaito. Disappointingly, Banyana failed to qualify for the 2020 Tokyo Olympics after appearing at the 2016 Rio Games.

"We have qualifications for Afcon and then Cosafa Cup again this year. We will be looking to utilise Fifa dates to organise friendly games to prepare the team."

As they are in their worst form ever with no win in the last 15 matches, to say Banyana Banyana are desperate for a victory is an understatement.
Sport
2 years ago

Portia Modise has questioned coach Desiree Ellis' tactics in Tuesday's 3-2 penalty shootout defeat to Botswana in the second leg of the second round ...
Sport
2 years ago

Banyana will rise at Orlando, says Jane
Sport
2 years ago
Next Article