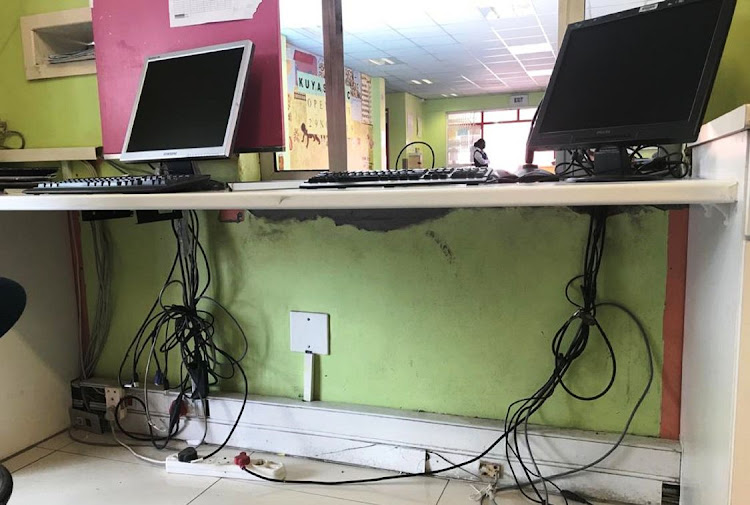 The theft of eight new computers at Kuyasa clinic in Khayelitsha, Cape Town, forced its closure on January 9 2020.
Image: City of Cape Town

A Cape Town clinic which treats 400 patients daily has been closed after the theft of eight computers.

“Eight computers which were delivered to the clinic in early December were stolen, and the network and uninterrupted power supply cabinet was broken,” he said.

Badroodien said the clinic had 5,000 patients on antiretrovirals and its closure was a “significant setback” for health services in the area.

“Clients come from Kuyasa, but also surrounding areas like Monwabisi Park, Enkanini, Ezwelitsha and Harare, a collective population of nearly 150,000 people,” he said.

An ambulance assistant was left temporarily blinded after he was sprayed with a liquid during an ambulance robbery in Ntuzuma E section, north of ...
News
2 years ago

“These are mostly informal and impoverished areas, with a high unemployment rate and a very high burden of disease, where people depend on the public health services provided at Kuyasa CDC.”

Badroodien said the clinic would be closed while police investigated the burglary and the building was made secure.

Even when it reopened, “for as long as the IT equipment is not replaced, the flow of patients will be extremely slow due to difficulty in locating the patient folders and no access to lab results and labelling for the medications issued”.

Badroodien appealed for information from members of the public to help police find the culprits.