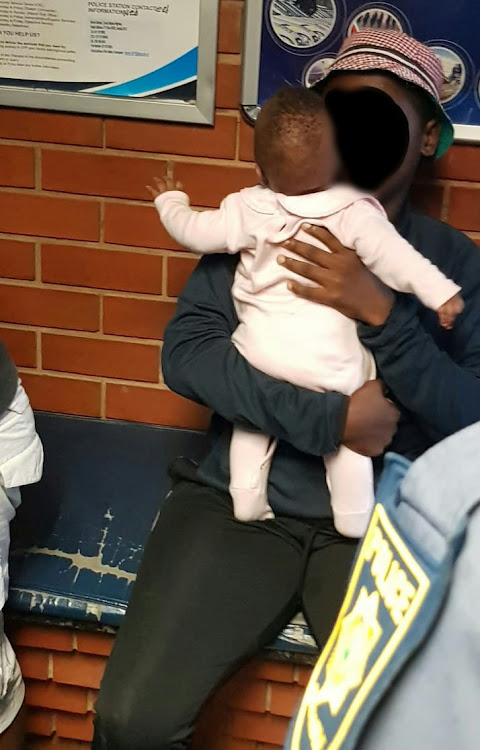 A five-month-old baby girl was reunited with her family after a horrifying ordeal on Tuesday, in which hijackers sped off with her still strapped into her car seat.
Image: Marshall Security

A five-month-old girl was reunited with her family after a horrifying ordeal on New Year's Eve in which hijackers sped off with her still strapped into her car seat.

In a statement, Marshall Security said it had received an alert for a motor vehicle that had been hijacked in the Kwadabeka area, west of Durban, on Tuesday afternoon.

“The vehicle, a white Toyota Hilux, had been taken by three armed men who sped off with the owner's baby girl still strapped into her car seat.”

According to the statement, the Hilux was fitted with a satellite tracking device monitored by Netstar and the owner began relaying information from his smartphone application to the SAPS and community WhatsApp groups, who activated the necessary resources as the vehicle was heading towards the Inanda area.

“The suspects abandoned the baby in her car seat near the Inanda police station, where she was found by passing police members. The vehicle was tracked and found off the main road in the Amatikwe area. The suspects fled on foot and remain at large.”

The girl was assessed by a Crisis Medical paramedic and found to be in good spirits and not to have suffered any injury in the ordeal. She was reunited with a very relieved family.

Police spokesperson Capt Nqobile Gwala confirmed the incident but said that the complainants had not opened a case of hijacking.

“We can confirm a five-month-old baby was found by a passer-by in Inanda after the parents were hijacked of their vehicle at KwaDabeka on December 31 2019. The vehicle was later found abandoned at Amatikwe in Inanda. The complainant did not open a case,” said Gwala.

Six men and a woman have been arrested for allegedly staging the hijacking of a truck transporting medical supplies in Strydfontein, north of ...
News
2 years ago
Next Article