Education department says it was sensitive to plight of Komape family 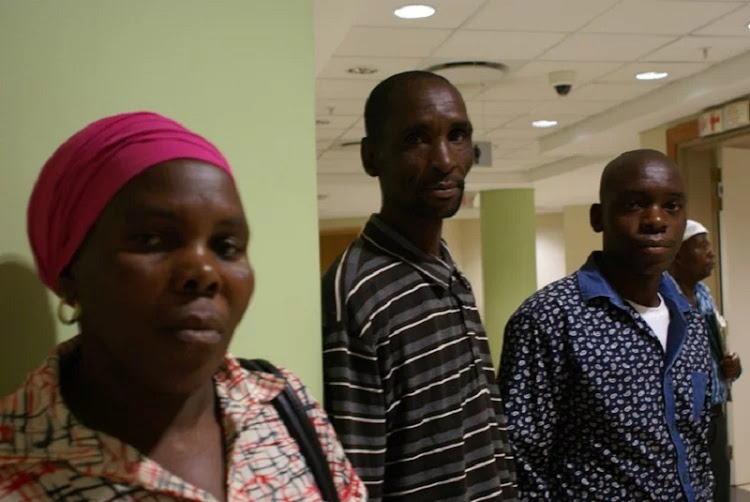 Michael Komape’s parents, Rosina and James Komape, and his brother Lucas. James and Rosina Komape remember the day their son, Michael, drowned in a toilet at school.
Image: CIARAN RYAN

The Limpopo department of basic education says it will soon pay the Komape family the R1,4m in damages for emotional shock and grief that was ordered by the Supreme Court of Appeal (SCA).

James and Rosina Komape's five-year-old son, Michael, a Grade R pupil, suffered a gruesome death when a toilet at his school collapsed and he fell in on January 20 2014.

The SCA ordered the payment of the damages after the high court in Polokwane dismissed claims for general and constitutional damages sought by Komape’s family.

In its order last week, the SCA ordered that the basic education minister and the Limpopo education MEC pay R350,000 each to Komape's parents and R200,000 for each of his elder siblings, Mokibelo Lydia Komape and Lucas Komape.

The court also ordered the payment of R100,000 each for the Komapes' three other minor children.

However, the SCA refused to award constitutional damages to the family.

Beauty Mutheiwana, the head of the Limpopo education department, confirmed on Tuesday that the provincial department would pay the amount in the next few days.

Justice was finally served to the family of Michael Komape, after enduring five years of pain and suffering following their son's gruesome death in a ...
Opinion
2 years ago

The national department said it was concerned that, after the SCA ruling, various individuals had made comments that insinuated the department was insensitive towards the family.

“Department officials visited the family to provide support, during which words of regret and sympathy were conveyed to the family.”

Mhlanga said the provincial government covered the funeral costs and logistics, and provided trauma counselling to the family.

“The department has expressed its regret and sympathy towards the Komape family, and remains sympathetic to the family. All of this has been done to ensure the family gets the required support at all times.”

Mhlanga said the department needed the court to interpret the legal question regarding damages.

“It was never about money, but the need for a competent authority to provide guidance of the appropriate (amount of damages) to be paid,” Mhlanga said.

The department sought to defend a principle insofar as the constitutional damages claimed by the family were concerned, he said.

“We wish to stress that several attempts were made to settle the matter out of court, but to no avail.”

About 570 primary school pupils in North West are forced to share eight pit toilets.
News
2 years ago
Next Article