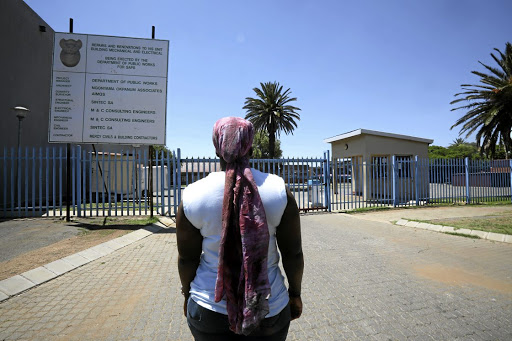 A Daveyton woman in East Rand has accused a senior police officer based at Benoni police station of raping her several times since 2017. /ANTONIO MUCHAVE

A cleaner has accused a senior policeman of raping her four times since 2017.

The 41-year-old woman of Daveyton in East Rand has opened a case of rape last week at the Benoni police station. Her matter has been transferred to the Independent Police Investigative Directorate (Ipid).

She said the top cop, who works at Benoni police vehicle clearance centre, raped her once at his home, twice at her home and once at the police station. The officer cannot be named because he has not been charged and asked to plead to the charges. The rapes allegedly happened between 2017 and August this year.

The woman, who has been working at the centre part-time since 2015, alleges that when she initially tried to open the case against the cop she was accused of lying.

The mother of two said high-ranking officers at the Benoni police station threatened to charge her with perjury.

Ipid spokesperson Sontaga Seisa confirmed that they were investigating allegations of rape against a senior cop based in Benoni: "The investigation is at an early stage, but it's ongoing. No arrest has been made yet."

The woman said she charged R20 for cleaning one office at the centre and R30 for washing a car.

"Sometimes I clean three offices and a car which will amount to R90. Sometimes I can go the whole day without work. If I reported him, then I would not be able to provide for my two children," she said.

A 25-year-old man alleged to have raped a boy in Galeshewe last week was set to appear in the local magistrate's court on Friday, said Northern Cape ...
News
2 years ago

The woman alleges that in 2017 she was called to clean the top cop's office.

"When I got there he asked me if I would be willing to do his laundry where he lived because he lived alone," she said.

She alleges that when she arrived at the officer's house she found no laundry to wash.

"He went to his bedroom and got undressed. Without saying anything, he took off my panties and instructed me to get into bed with him and he slept with me without my
consent," said the woman.

She alleges the officer then slept with her again in the morning and then took her home in Daveyton.

"I was scared and confused and didn't know what to do. I was ashamed of myself because I didn't think that would be the way I would be making a living. He then said he would organise a job for me at the police station and that I should not worry."

The woman alleges that a few weeks later, the officer said he wanted to know where she lived and took her home where he allegedly asked for a cup of tea.

"After I made it for him, he followed me into my bedroom and he raped me again.

"In August this year, he called me on a Saturday afternoon and told me to clean his office. When I got to the station he took me to one of the offices that are not being used and told me to take off my clothes. He spread my legs and he raped me again."