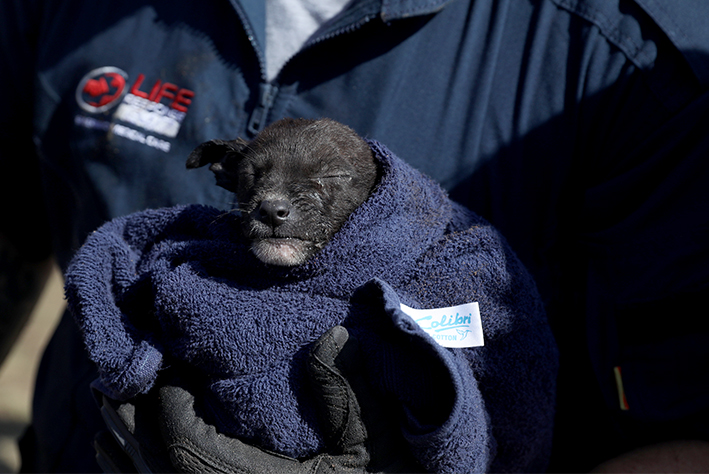 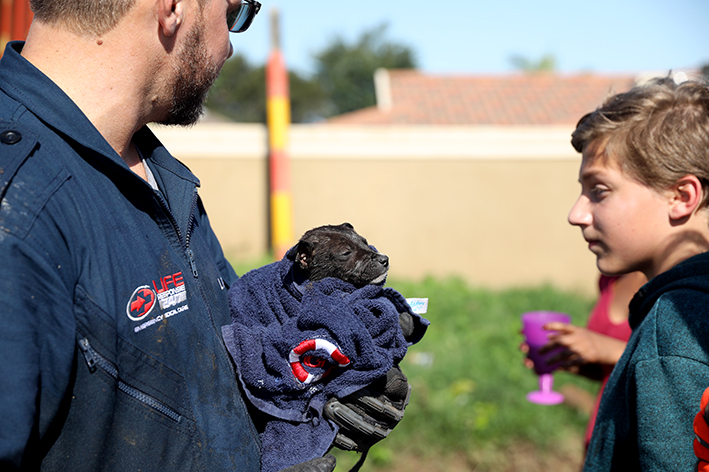 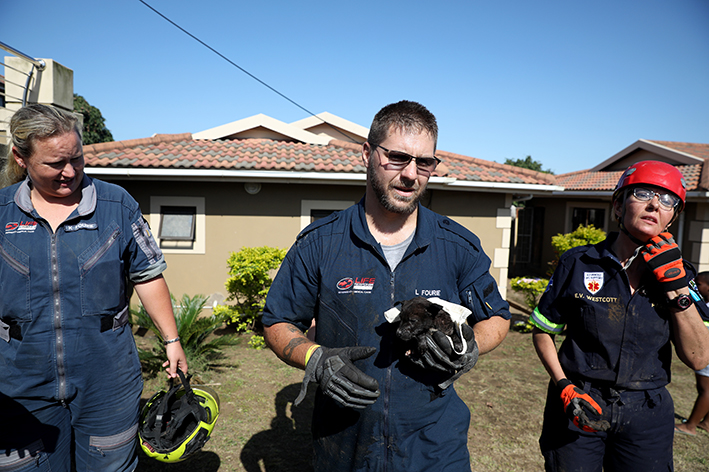 Emergency workers who were called to help after reports that a baby was stuck in a drain in Newlands, Durban, on Thursday found a frightened and shivering puppy instead.

However, when paramedics and personnel from Durban Search and Rescue, police and the fire department arrived at the scene, the cries sounded to them like a puppy's.

Jamieson said paramedics Emma Westcott and Leon Fourie went down the drain to locate the puppy. The black puppy was rescued a short while later. Fourie named it Perseverance.

"I gave it that name because it managed to find a dry spot and stay alive despite the fact that it was freezing and there was lots of water in that pipe,"  Fourie said.

Student Mpilo Mthethwa raised the alarm after hearing a crying sound in the stormwater drain in his yard and went to investigate.

He told TimesLIVE that he tried opening the drain and when he couldn't, he tried calling the police. He also alerted his sister who managed to report the matter to police.

Jamieson said the cold and malnourished puppy was warmed up and taken to the SPCA for adoption and care.

In February this year, Baby Sibanisethu, named by the community, was plucked from a stormwater drain in Newlands east in a dramatic four-hour rescue.

Her mother, who is facing a charge of attempted murder, was arrested in hospital.