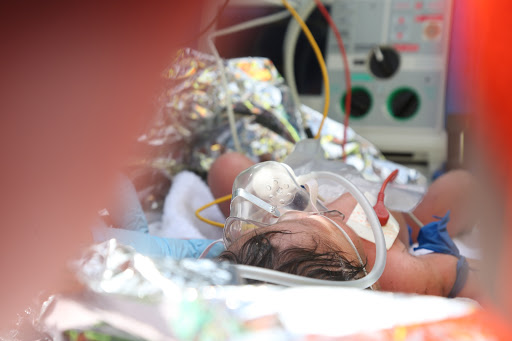 A Durban man claiming to be the biological father of the baby dumped in a stormwater drain says he's forgiven the woman accused of attempting to murder the newborn.

The baby was plucked from the drain in a dramatic four-hour rescue operation in Newlands East two weeks ago.

A week later the baby’s 32-year-old mother‚ who has two other children‚ was arrested in hospital for attempted murder.

She was released on R5‚000 bail with strict conditions on Wednesday.

The man‚ who cannot be named to protect the identity of the baby‚ said that despite his extra-marital affair with the woman‚ he and his wife were eager to give her a permanent home.

"I am not God to judge her‚ I forgive her [the mother]. She has to make right with God."

He is now awaiting the results of a DNA test before he can formally stake a claim to the baby‚ who is still receiving treatment at a local hospital.

"I saw on Facebook that a baby was thrown into a drain. I didn’t even know it was mine. A family friend told me that’s my baby."

The father of three said he and his wife were receiving counselling.

"My wife and I have spoken. We want to take the baby. We’ve only seen her once. When I held her‚ it felt like the first time my son was born ... the same feeling as having a kid for the first time."

He claimed that at no stage did he or the baby’s mother want to get rid of her.

"I knew she was pregnant. Up until the day when they found the baby I had seen her. She told me that she had a miscarriage.

"I was going to keep the baby. She also wanted the baby‚ that’s why I could not understand what went wrong. If both of us did not want the baby‚ we would have had an abortion."

A Durban woman accused of dumping her newborn baby down a stormwater drain was granted R5‚000 bail.
News
3 years ago

After learning that the dumped baby could be his‚ he said he had taken the woman to her mother.

"Her mother then did the necessary with the police and everything.

"Her family are very good people. I want to apologise to her mother. I am really sorry that I didn’t tell them I was married.

"The family was aware of our relationship. I was living a double life‚ with my wife on one side and girlfriend on the other."

The man said his wife had taken the news of the affair and the baby hard at first‚ "but through prayer and the pastors counselling us‚ we are coming right".

"I also have two boys and a girl. I have sat my children down and explained to them that I made a mistake. They are excited and waiting for her to come home. It's hard‚ but we will eventually get there."

The man said if he was granted custody of the baby he would not tell her about how she had been thrown down a drain.

"I really would not like to tell the child the story about this situation. Her life started negatively and now something positive will come from it. I would like her life to stay positive. I don’t think it would be fair on her mother.

"I don’t want the child to grow up with hatred. I told her family that if I get the child‚ they are welcome to come spend time with the baby‚ any time."

The mother is expected back in court next month.