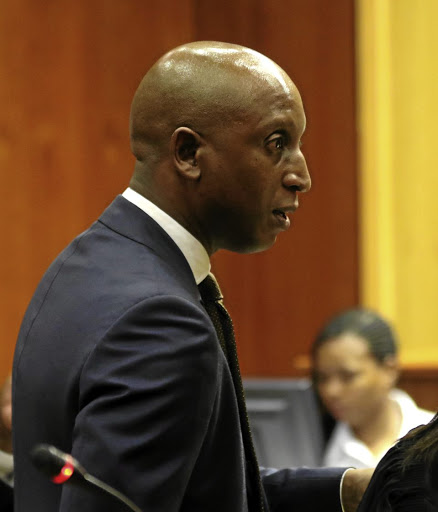 Julius Malema's former lawyer Tumi Mokwena is fighting a bid to liquidate his law firm over an alleged R1.5m debt.

Mokwena has accused his long-time friend S'thembiso Bosch of attempting to drag his good name through the mud.

S'thembiso and Xolile Bosch, who are business people, have launched an application to liquidate Tumi Mokwena Incorporated (TM Inc) in a bid to recoup R1.5m paid through Majola Trust to Mokwena.

"The present application is nothing but an attempt to coerce me to make payment of a disputed claim," Mokwena said.

"The funds in dispute do not concern any instructions in my capacity as director of TM Inc but relates to a failed bona fide business venture that I undertook in the music industry, known as TM Performing Arts Management."

In his answering affidavit, Mokwena sad the failure of the business venture resulted in losses for Bosch and himself.

Mokwena accused the applicants of initiating litigation in an attempt to recover their losses from him, whatever it takes, including dragging his good name and that of his company through the mud.

The matter was heard in the Polokwane high court last week before judge Matsaro Semenya.

Mokwena said the only reason why the name of TM Inc was brought into the fray was because the applicants deposited the funds into the trust account of TM Inc.

"TM Inc denies any liability towards the applicants or the trust and the origin of the debt remains disputed," he said.

Bosch's lawyer Pieter-Willie Becker said they were applying for the provisional liquidation after they had obtained judgment to attach Mokwena' s properties.

"The sherif went ahead to execute the order only to find that Mokwena has no properties. The other reason to proceed with the liquidation is that we also obtained a settlement order," he said.