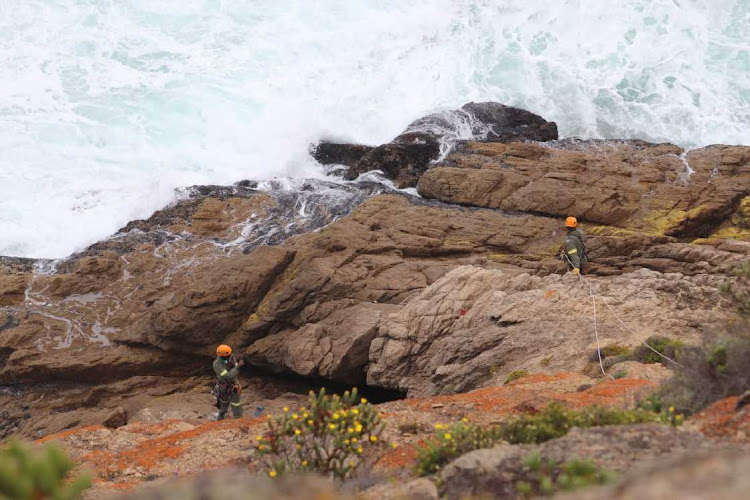 A mother and her child who disappeared when their vehicle plummeted off a cliff in Herolds Bay last week died from drowning.

This was the revealed through the postmortem conducted this week, reported HeraldLIVE.

The bodies of Herolds Bay mom Heidi Scheepers, 35, and her son, Hugo, 2, were recovered within days of the crash.

Efforts to locate missing six-year-old, Cozette, are still under way.

Scheepers had taken the children for a walk on the beach about 6pm on October 22, but the three failed to return home.

They were reported missing by Scheepers’ husband, Ettienne, 36, a few hours later, sparking a multidisciplinary search.

Two days later, searchers focused their attention on a cliff near Voëlklip, Herolds Bay, after parts of the family’s VW  Caravelle were found at the foot of the cliff.

The three were in the VW Caravelle when it ploughed off the cliff, with circumstances surrounding the fatal incident still under police investigation.

Hugo’s body was recovered floating in the water close to the wreckage site on Thursday, while Scheepers’ body was found just off the Herolds Bay beach on Saturday afternoon.

A body believed to be that of  missing  Herolds Bay mom has been recovered by police divers from the ocean.
News
2 years ago

Police spokesperson Captain Malcolm Pojie said the preliminary postmortem had showed both died as a result of drowning.

Pojie said the recovery search for Cozette was still under way.

A search for a missing mother and two children who disappeared on Tuesday night has ended after their vehicle was located in the ocean at the foot of ...
News
2 years ago

The wreckage of the family’s vehicle has been recovered from the surf and is in the police pound, where experts will examine it as part of the investigation.

Scheepers has dismissed speculation the tragedy was influenced by financial or marital problems at home.

According to reports, Scheepers said nothing untoward had happened before the family’s disappearance and that they were financially sound, with their businesses doing well.